Kimberly Ann Guilfoyle is an American news personality who is presently one of the co-hosts of Fox News Channel's news and conversation program "The Five." Let learn more about her below. 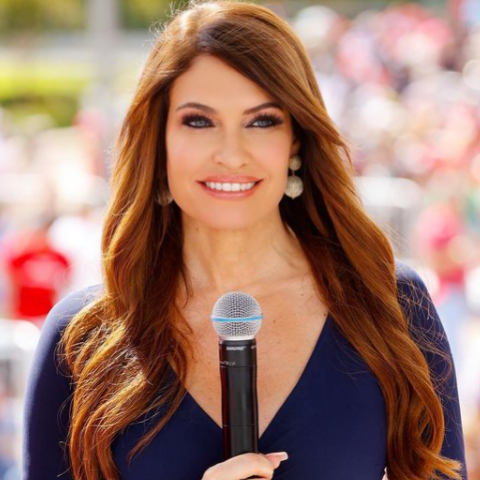 Kimberly Guilfoyle is a $25 million net worth American attorney and cable television personality. She is best known as a former Fox News Channel co-host of “The Five” and “Outnumbered.” The popular news and conversation show, which features conversations on current events, political concerns, and pop culture, established the former attorney as a credible TV figure to be reckoned with. Kimberly is a key member of Trump’s campaign team.

The host paid $3.5 million for a three-bedroom apartment in Manhattan’s iconic Beresford skyscraper in 2015. She placed this apartment for sale in October 2020 for somewhat less than $5 million.

Kimberly Guilfoyle began her legal career as a prosecutor in San Francisco before being fired in 1996 for political reasons. As a result, she relocated to Los Angeles in search of greater opportunities. Ann worked for four years as a Deputy District Attorney, handling cases involving domestic violence, kidnapping, robbery, arson, sexual assault, and homicide. She was a skilled attorney who garnered multiple honors from the Los Angeles District Attorney’s Office, including Prosecutor of the Month.

The attorney began participating in television programs requiring legal knowledge in 2004. She relocated to New York and began anchoring the Court TV show ‘Both Sides.’ She also began working as a legal analyst on ‘Anderson Cooper 360°‘ about the same time. She joined Fox News Channel in 2006 as a host of the weekend show ‘The Lineup.’ Even though the show was subsequently canceled, she continued to contribute to the network regularly. Guilfoyle has appeared as a guest host on various shows, including ‘Hannity,’ ‘On the Record,’ ‘Justice with Judge Jeanine,’ and ‘Fox and Friends.’

The television personality was chosen as a co-host of the news and conversation show ‘The Five’ in 2011, which proved to be quite popular; as of 2017, she is still co-hosting the program. She also co-hosted ‘Outnumbered‘ in 2014 and was a regular on ‘The O’Reilly Factor’s recurrent section “Is it Legal?” until the show was canceled in 2017.

Kimberly Guilfoyle married Gavin Newsom, a San Francisco city supervisor at the time, in 2001. When they married, she went under the name Kimberly Guilfoyle Newsom. Their bi-coastal marriage was rocky, and they divorced in January 2005. The divorce was finalized on February 28, 2006.

In May 2006, Guilfoyle married furniture heir Eric Villency. On October 4, 2006, they welcomed a son, Ronan Anthony. The couple announced their divorce in June. Later that year, their divorce was formalized.

After the two were sighted attending an event together in May 2018, it was revealed that Guilfoyle was dating Donald Trump Jr. At the time, Trump Jr. was divorced from his wife, Vanessa. Guilfoyle has known the Trumps for a long time, and their relationship is going strong as ever.

Kimberly Guilfoyle grew up in the Daly City, California and was born on March 9, 1969 in San Francisco. Mercedes, her mother, was a Puerto Rican special education teacher. Kimberly was only eleven years old when she died of leukemia.

The Show Host’s father, Anthony Guilfoyle, was born in Ennis, County Clare, Ireland, and moved to the United States when he was 20 years old. Although he was still not a citizen of the United States, he was drafted in 1958 and served in the Army for four years and worked as a construction laborer and subsequently as a real estate investor until he died in 2008.