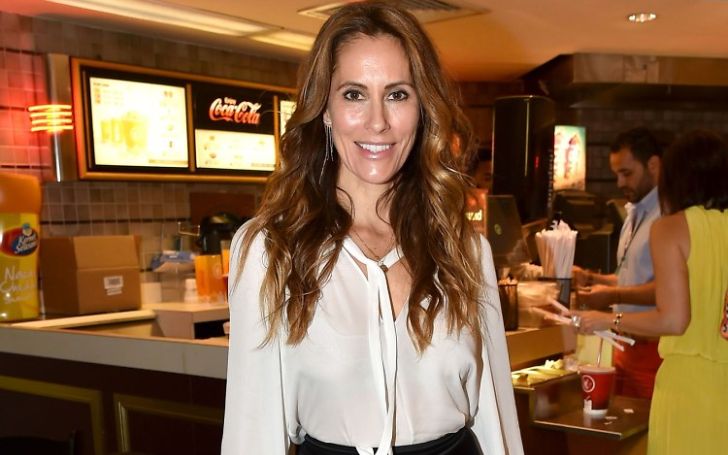 Behind every successful man is a woman, and in this case, Cristina Greeven Cuomo supports CNN journalist Chris Cuomo throughout all the thick and thins. Unfortunately, the couple needed to be even stronger as both of them tested positive for COVID-19. While the whole world is aware of Chris’s career in front of the cameras in the likes of CNN and ABC shows, his personal life is relatively private. So, without wasting much time, let us delve into the life of his business-owner wife, Cristina Greeven Cuomo, and her net worth.

Cristina Greeven Cuomo might be an accomplished business owner, but she rose to fame after her marriage. She tied the knot with the former ’20/20′ anchor, Chris Cuomo, on November 24, 2001. Interestingly, the two dated for several months before deciding to get married.

Chris Cuomo and Cristina Greeven Cuomo exchanged their vows in the best possible ways. They married in a lovely Catholic wedding ceremony at Sacred Hearts of Jesus and Mary Catholic Church in Southampton. The diva wore a breathtaking Oscar de la Renta gown on her biggest day.

Also See: Know the net worth, wiki, and married life of Kaylie Lester.

Shortly after their marriage, Cristina Greven Cuomo and Chris Cuomo started their family. The two welcomed their first child, daughter Bella Cuomo in 2003. Similarly, a few years later, she became a mother again to kids, Mario Cuomo and Carolina Cuomo, in 2006 and 2010, respectively.

The COVID-19 pandemic hit hard on Cristina’s family as she tested positive for the virus alongside her husband, Chris Cuomo, on March 31, 2020. Despite that, the family supported one other perfectly and stayed in quarantine, adopting a healthy lifestyle to boost their immune system. In a recent interview with Dr.Sanjay Gupta, The CNN reporter recently opened up on how he is still not 100% recovered from the disease.

Being a wife of a multi-millionaire husband, Cristina Greeven Cuomo never has to worry about her finances. Despite that, she serves the perfect example of an empowered woman as she works as an editor-in-chief of Manhattan magazine in 2012. Before, the diva used to be the Vice-Chairman of Niche Media with Jason Binn in 2001. Furthermore, she also became the editorial director for the company’s popular magazines like Gotham and Hamptons in 2008.

The celebrity wife took things to a whole new level when she started her own business in a wellness magazine called Purist in 2017. She lives in a lavishing house in Manhattan, and her husband, Chris Cuomo, also owns a property at Southampton.

You May Like: ‘Lost Girls’ actresss Taylar Hender’s love life and net worth.

Specifically, she owns a staggering net worth of $3 million as of 2020. On the other hand, her husband, Chris Cuomo, amassed a colossal fortune of $12 million.

Just like her husband Chris Cuomo, Cristina Greeven Cuomo is also a New York native and grew up in Southampton, Long Island. Regarding her education, she completed her education from Cornell University. Likewise, before that, she went to an all-girls Chapin School on the Upper East Side of Manhattan.

Talking about her family background, Cristina often shares pictures of her parents, Regina Greeven and Rainer Greeven, in her social media. As per the reports, her parents tied the knot way back in 1964. She also shares the bloodline with sister Andrea Greeven.

You May Also Like: American actor Nick Hargrove’s wiki, married life, and net worth.

Cristina might be busy with her newly-founded magazine; she gives enough time to her three children. Besides, she focuses much on fitness and exercises and often goes to travel to different beautiful locations.