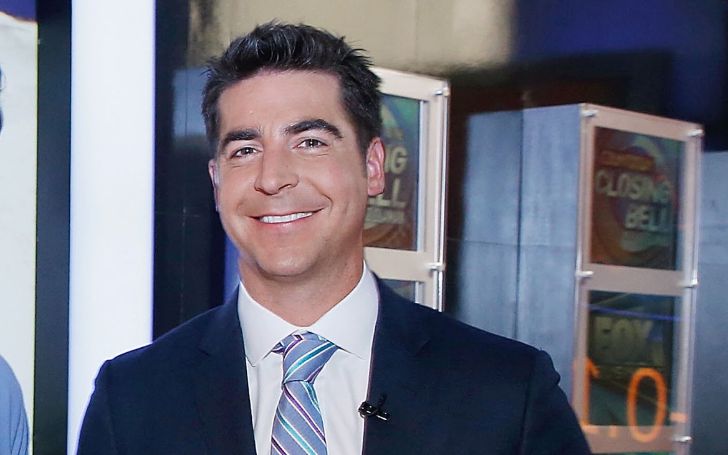 ‘The courage in journalism is sticking up for the unpopular, not the popular.’ The famous saying by Geraldo Rivers stresses the importance of the sector to the world. Jesse Watters is one of those journalists, who spent his entire career in the industry to earn a living and a reputation. In fact, he is a long-time contributor at the Fox News Channel appearing in several shows like ‘Watters’World’ and ‘Outnumbered.’ So, without wasting much time, let us delve into the reporter’s net worth and personal life.

Jesse Watters’s Net Worth Makes Him A Millionaire

The journalism career at the top might be a difficult job considering all the hype around, but there is no doubt that it contributes quite big financially. Specifically, the Fox News political commentator, Jesse Watters amasses a staggering net worth of $5 million as of 2020. The primary source of his enormous bank balance is undoubtedly his decade long career in Fox.

Talking about Jesse Watters’ income source, he earns more than $300,000 as the salary for working in the Fox network. Surprisingly, he has been with the network since his college days. Interestingly, he pushed the ranks from a production assistant to appearing in shows like ‘Outnumbered’ and ‘Watters’World’ at present.

The political commentator featured in multiple shows on the Fox News channel to date. Besides his own shows, he served as the guest host of ‘The Spin Stops Here Tour’ in 2017 alongside the likes of Bill O’Reilly and Dennis Miller. Furthermore, he also appeared on ‘The O’Reilly Factor’ and ‘The Five’ getting famous with his ‘man-on-the-street’ interviews.

Jesse Watters’s Divorce With First Wife Led To Another Marriage

Maybe Jesse Watters was too occupied with his television roles for the Fox News Channel, which gave him little time for family. The ‘Watters World’ host tied the knot with wife Noelle Inguagiato Watters in 2009. The two dated for quite sometime before making the big decision to get married.

The lovebirds spent almost a decade together as they started a family together. Shortly after their marriage, Watters became a father of twin daughters named Ellie Watters and Sophie Watters with then-wife.

You May Like: The Blissful Married Life of Seraina Schonenberger with husband Mick Mars.

Just when everything looked perfect, a storm struck in their relationship, which ended things eventually. Jesse’s wife Noelle Watters filed for divorce in October 2018. Moreover, she alleged her husband of cheating on their marriage with producer Emma DiGiovine at Fox News itself. Following the allegations, the woman with whom the host was alleged of sleeping with was transferred to The Ingraham Angle, the Daily News.

Interestingly, the 41-year-old did admit that he was in an extra-marital affair with the staff member and is still in a romantic relationship with her. With a complicated legal procedure, Jesse Watters’ divorce with ex-wife Noelle finalized in 2018. The Fox journalist then exchanged vows with Emma DiGiovine, a year later in 2019.

Born on July 9, 1988, in Philadelphia, Pennsylvania, Jesse Watters belonged to a middle-class family. Little did his parents knew back then that their son would change the family status and legacy forever with his journalism works. Watters spent most of his childhood in the Germantown and later the East Falls neighborhoods.

For his educational pursuits, the political commentator went to the William Penn Charter School through the junior year. However, he couldn’t complete his degree there as he moved to Long Island, New York, with his family. In fact, he completed his B.A in history degree from Trinity College in Hartford, Connecticut.

Recommended: Get to know the colossal net worth and dating life of Poppy Drayton.

It was after his college life that he joined Fox News as a production staff in 2002. Initially, he used to work behind the cameras in The O’Reilly Factor in 2003 before appearing on screen in 2004.