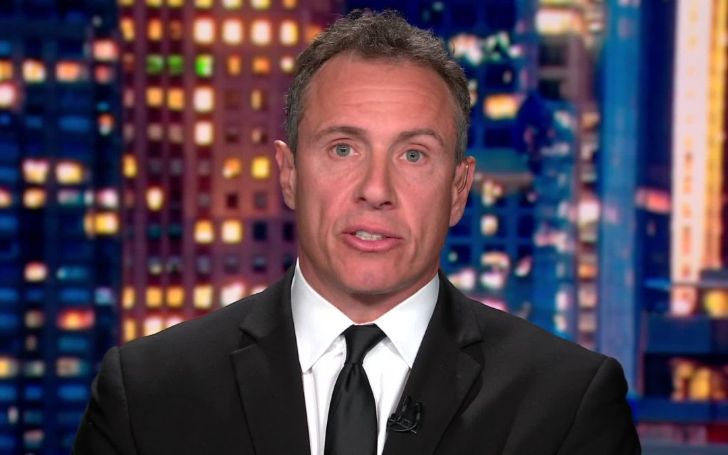 Many are aware of the CNN journalist Chris Cuomo, from his hit show ‘Cuomo Prime Time.’ The 49-year-old is known for his unique critique and analysis of the daily affairs on television. Earlier, he used to work for yet another reputed network in ABC hosting shows like ABC News and ABC’s 20/20. So, without wasting much time, let us delve into the net worth and married life of the charismatic journalist.

Chris Cuomo’s Net Worth Makes Him A Multi-Millionaire

When it comes to finances, CNN journalist Chris Cuomo has nothing to worry about. Active since the 2000s, the 49-year-old journalist owns a staggering net worth of $12 million as of 2020. The primary source of his earnings comes from his impressive portfolio in networks like CNBC, MSNBC, CNN, and ABC. During his early career days, Cuomo used to be a correspondent for Fox News and Fox Broadcast Network’s ‘Fox Files.’

Currently, Cuomo serves as the presenter of ‘Cuomo Prime Time,’ which pays his salary in millions. In addition to that, the journalist also hosts a two-hour weekday radio show ‘Let’s Get After It’ on SiriusXM.’ Furthermore, his resume reads that he holds experience as CNN’s morning show ‘New Day.’ Not just that, he used to host weekly digital programs on ABC News and the hit show ’20/20.’

Thanks to his years of hardwork, Cuomo has earned a great deal of reputation in the journalism sector. In fact, he received several Emmy nominations and won the Pollk and Peabody Awards for his team coverage. Moreover, he also won the Edward R.Murrow Award and Gerald Loeb Award in the past.

Recommended: Know the love life and net worth of Keir Gilchrist.

The multi-millionaire journalist has several properties around the country. Currently, Cuomo lives in a lavish villa at Manhattan that comprises multiple bedrooms, a classy kitchen, and a big garden. Not just that, Chris also has a house in Southampton.

While many are aware of Chris Cuomo’s professional life, his married life is relatively private. Luckily, he found his soulmate in the early 2000s in Cristina Greeven. Introducing you to his girlfriend turned wife, she is a magazine editor of ‘Gotham.’ The two dated for a few months before making the big decision to get married. Thus, the love birds tied the knot in 2001 in front of their close friends and family. Interestingly, their wedding ceremony was a Roman Catholic-themed in Southampton, New York.

Shortly after their lavish marriage, Chris Cuomo and his wife embarked on a family. They welcomed three children in their lives named son Mario Cuomo and daughters Bella Cuomo and Carolina Regina Cuomo. The family of five currently reside at a lavish house in Manhattan.

The award-winning CNN journalist recently dropped the big news on how he was tested positive for COVID-19. Unfortunately, his wife, Cristina, and son Mario were also diagnosed with the pandemic virus. He recently opened up on an interview with Dr.Sanjay Gupta that he is not 100% recovered from it. ‘

For his academics, Cuomo went to The Albany Academy before going to Yale University for an undergraduate degree. Following that, he completed his Juris Doctor degree at Fordham University in 1995. The licensed attorney, however, opted for a career in journalism instead.