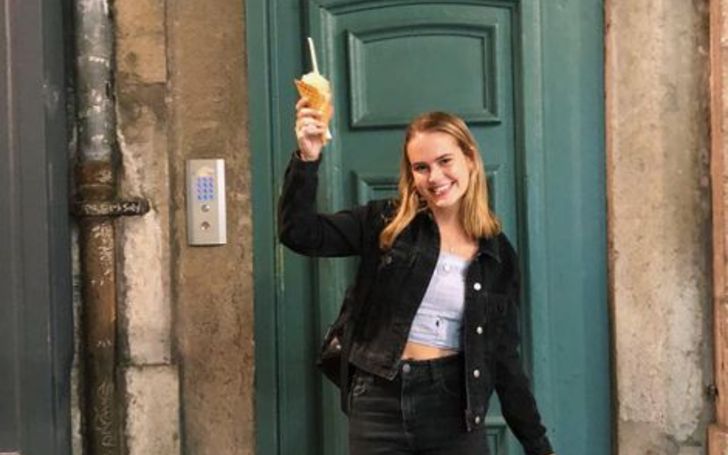 American is home to many talented actors and actresses, but not only America has the reputation of amazing performers; it also has many new and young actors. Taylar Hender ranks among the list of talented actors who began her career when she was only ten years old. Some of her popular works are Special Agent Oso, Are Your Smarter Than a 5th Grader?, Lost Girls, and Judy Moody and the Not Bummer Summer.

Is Actress Taylar Hender in a Relationship With Anyone?

Taylar Hender does not appear to be in a dating relationship with anyone right now and is single. On her social media also, she has not indicated that she is lovey with anyone.

Young, beautiful, and talented, one can assume she receives many love proposals, but as it seems, the Lost Girls actress might have preferred to remain single. Moreover, she looks to be doing great by herself.

These days, Hender is happily living with her family while also spending time hanging out with her pals. She gives an insight into her private life by posting pictures and videos on social media.

The 1.57 meters tall sta is most recognized for her appearance in Are You Smarter Than a 5th Grader? during the 2009-10 season. The Nickelodeon quiz game show was her first-ever screen appearance in which John Cena acts as the host.

Check out the clip of Taylar Hender giving an interview about her movie Judy Moody and the Not Bummer Summer!

On movies, Taylar is famous for her role as Amy Namey in the movie Judy Moody and the Not Bummer Summer (2011). Alongside her, the American comedy film starred actor Jordana Beatty, Heather Graham, Parris Mosteller, and Jaleel White.

Taylar Hender was born on May 04, 1998, in Columbia, South Carolina. She grew up in Katy, Texas. She is the only daughter of Missy Hender.

The 22-year-old lady has two siblings; one older brother Brady Hender and a younger Brandon Hender. Like her, both of her brothers are actors.

In October 2015, she was one of the Disney star who appeared on the clothing collection launched by the Style Club.