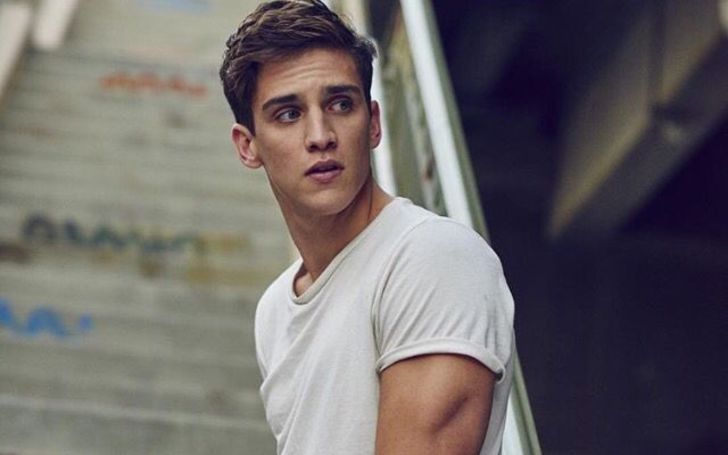 Nick Hargrove is an American actor whose quest for acting led to him to move far from his hometown. He is known for his performances in Charmed, Counterpart, and Single Parents. Apart from acting, he is also a model. Learn all you can about the charming actor’s life right here!

Is Nick Hargrove Dating Anyone? What’s His Relationship Status?

Nick Hargrove is currently in a romantic relationship with his beau Sarah Jeffery. His girlfriend is a Canadian actress known for her works in Shades of Blue and The Descendants franchise.

The celebrity duo is also co-stars of the series Charmed, which is how they first met each other. The actor told in an interview stated that he and his lover first met before the first shoot.

“It happened pretty quickly. I had a chemistry read with Sarah before I got the job. She sent me a quick D.M. after I booked the role and said, “Hey, we should get lunch to catch up and get to know each other.”

Hargrove also said Sarah helped him alot and showed him around Vancouver, which is where they filmed for the show. Guess that explains how he fell for her.

Don’t Miss to Read: Is Model Abby Dowse Dating Anyone?

The 27-year-old is usually busy shooting on set. In his free time, he likes to travel places, hang out with family, and friends,

Nick Hargrove has a net worth of $600,000 from his acting career and modeling career. The actor is getting recognition for his talents with the increase in projects and screen time. It is only a matter of time before he increases his wealth.

Among the list of his works, fans recognize him through his performance in Charmed, in which he portrays the character of Parker Caine. Alongside him, actors like Melonie Diaz, Ellen Tamaki, Rupert Evans, Poppy Drayton also star in the fantasy drama series. The C.W. announced that it would receive a third season, which will air somewhere in 2021.

Nick Hargrove was born on September 03, 1992, in Philadelphia, Pennsylvania, United States. He has a brother Nelson Hargrove and a sister Saskia Hargrove.

The Medal of Honor star is a graduate of the University of North Carolina at Chapel Hill. After his graduation, he moved to Los Angeles and began modeling to make money. After a short time, he got the chance to play in the movie The Wrong Mother in 2017.

Hargrove can speak German and can do a backflip. He dreams of working with director Christopher Nolan.