Here’s The Relationship Timeline of Coby Smulders and Taran Killam 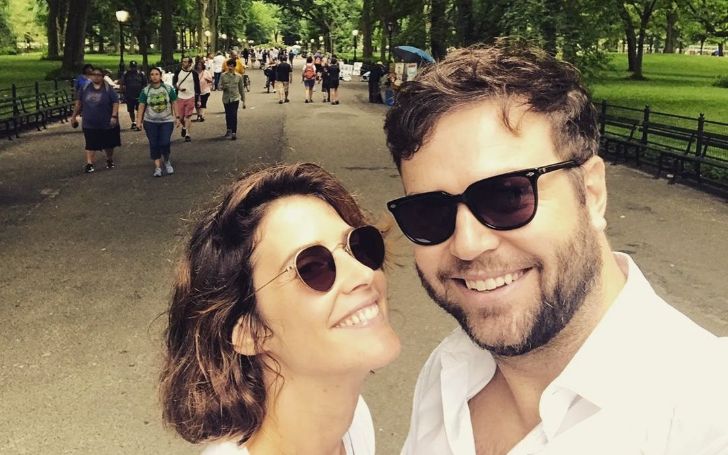 Taran Hourie Killam is a stunning American actor, comedian, and writer who has been on How I Met Your Mother, MADtv, New Girl, Saturday Night Live, and Single Parents, among other shows. Taran is well recognized for his role as a young pop sensation in the Disney Channel Original Movie Stuck in the Suburbs, which he starred in in 2004. He plays the title character on the PBS children’s animation series Nature Cat.

Coby Smulders is a Canadian-American actress best known for her roles as Maria Hill in the Marvel Cinematic Universe superhero blockbusters The Avengers (2012) and Captain America: The Winter Soldier (2014) and as Robin Scherbatsky in the C.B.S. comedy How I Met Your Mother (2005–2014). So, let’s talk about the relationship timeline of Coby Smulders and Taran Killam.

The Relationship Timeline of Coby Smulders and Taran Killam

Cobie Smulders married Taran Killam, her longtime love, on September 8, 2012, at the Alisal Guest Ranch in Solvang, California. Claire Pettibone, a bridal designer, created a stunning gown for her. They married at the age of 29, although they had been dating for a long time before. Killam and the How I Met Your Mother actor met when they were both 22 years old, as she revealed on Live with Kelly and Ryan in 2019.

The couple invited relatives and friends, including several of her How I Met Your Mother co-stars, to the occasion. Alyson Hannigan, her husband Alexis Denisof, and their daughters Keva and Satyana came. “I’m a really fortunate lady… This enchantment took place 14 years ago. Since we were 22 years old, we’ve been together. We were infants when we met, and we made it into our twenties together — I’m not sure how we did it, but we did. It’s insane“, according to People, Smulders exclaimed on the broadcast.

The two actors were born two days apart, on April 1, 1982, for Killam and April 3, 1982, for Smulders. Even though being mistaken for eight years older than you are isn’t exactly flattering, the two of them got along despite the misconception. Killam told Us Weekly in 2019 that they connected over jazz music after meeting at a birthday celebration.

The beautiful duo is blessed with two beautiful children. Shaelyn Cado Killam and Janita Mae Killam are the couple’s two kids, and the family appears to live a pretty tranquil life in Los Angeles. Shaelyn is 12-year-old, and Janita is 7-year-old. While Killam and Smulders have demanding careers, they always keep their families in mind.

“My girls come first in any decision I make, whether it’s a job decision or a personal decision, and my husband is the same,” Smulders told SheKnows in December 2017. That means they won’t take on every job that comes their way, which they’re OK with.