Dennis Haysbert is a California-born American actor who played the recurring role on 24 and The Unit. He rose to stardom with his 'resonant deep voice', 'muscular physique' and 'towering height'. 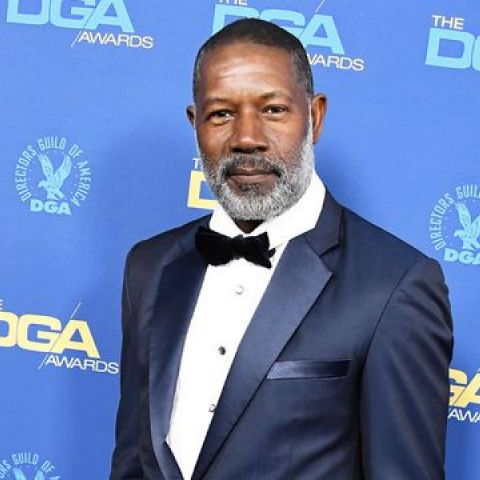 Dennis Haysbert’s Relationship As of 2021

Dennis Haysbert has been romantically linked to many women throughout the years, but he’s only exchanged the vows with two ex-wives, married twice, Lynn Griffith and Elena Simms. On April 13, 1980, his first marriage was when he said “I do” to Elena Simms.

After dating for a while, the duo walked down the aisle. Unfortunately, the marriage couldn’t survive due to some conflict between the two, and they got divorced on August 17, 1984.

The voice actor’s last marriage was with Lynn Griffith. The couple got hitched in 1989. As soon as the partners married, Dennis and his spouse welcomed their first child, Charles Haysbert. After a few years of marriage, Lynn gave birth to the second child, Katherine Haysbert.

The former pair remained together for a long time. But even after sharing 12 years of love and care, in 2001, they called it to quit, which became the last goodbye for both of them. Dennis ended the union for the second time citing irreconcilable differences.

Neither of the parties explained what the reason for the split was. Currently, Dennis isn’t dwelling on the heartbreak. He is enjoying the single life to the fullest as a doting father.

Discussing his TV career, Dennis Haysbert initiated his career in 1978 with an appearance in “The White Shadow.” Haysbert hit a big break in 2001 when he landed as a cast in “24” with the portrayal of David Palmer from 2001 to 2006. For his role, he was nominated for Golden Globe Award in 2002.

Further, Dennis has also been actively present in several motion pictures outside of their television career. The 67 years old’s first major role came in the “Major League” as Pedro Cerrano in 1989. In July 2019, he became a prominent figure in the media for starring in the Netflix psychological thriller” Secret Obsession” alongside Mike Vogel and Brenda Song.

You may also like: Here’s All Details About The Net Worth, Love Life of Kylie Cantrall

How much does Haysbert make? Dennis roughly earns around $1 million per year, including royalty fees and sponsorship. His networth is estimated to be a whopping $20 million. In addition to his acting career, he worked as a spokesman for the insurance company Allstate commercials.

What’s more, Dennis has given his 100% to his profession, making him one of the best actors in classic Hollywood. His success in the entertainment industry is an inspiration to young ones who look forward to success in the media world.

Dennis Haysbert holds American citizenship. He is a native of San Mateo, California, born on June 2, 1954, to his American parents Gladys Haysbert and Charles Whitney Haysbert Sr.; He has eight siblings. His mother worked as a homemaker while Charles served as a deputy sheriff.

As of 2021, Dennis is 67 years old and stands at the towering height of 6 ft 4 inches. He grew up with Baptist faith in his hometown, San Mateo. Regarding educational achievements, Dennis schooled at San Mateo High School and then attended the American Academy of Dramatic Arts to study acting.