Cedric Yarbrough is an actor and comedian who is best known for his appearance in Reno 911!. Let's know all details about his wealth, relationship status, and early life. 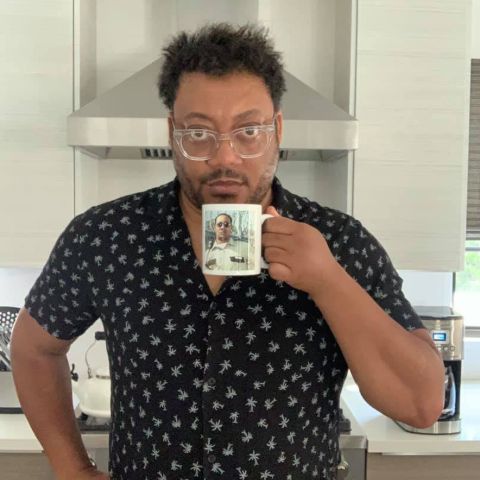 Cedric Yarbrough is a hardworking American actor and comedian who has voiced Gerald Fitzgerald on the Netflix comedy Paradise PD, Officer Meow Meow Fuzzyface on the Netflix comedy-drama BoJack Horseman, and Tom DuBois on the Adult Swim sitcom The Boondocks. He also starred as Deputy S. Jones on the Comedy Central television series Reno 911! and as Kenneth on the ABC sitcom Speechless.

The American actor has also been in recurring parts in shows, including The Goldbergs and Rake. He plays Nurse Dennis on Carol’s Second Act, which aired in 2019, and began as a recurring character until being moved to series regular early in the first season. Cerdic has earned a lot of money from his career as an actor. According to Celebrity Net Worth, Yarbrough is estimated to amass an impressive net worth of $1 million as of now. His wealth had consistently increased since the early 2000s when he became a regular on popular TV comedy shows and films.

Cedric Yarbrough’s Relationship Status. Is He Dating Anyone?

Cedric Yarbrough maintains a low-key private life while keeping his professional life open and on track. He enjoys being in front of the camera, but only when focused on his acting profession. The actor is not married, and Cedric is not dating anyone. Since the beginning of his career, he has avoided controversies and has never been the subject of any allegations about his personal life.

On the other hand, Cedric is constantly joking with his fans on Twitter about how he has an Asian girlfriend and a false internet girlfriend. His absence of a romantic partner has led to widespread speculation regarding his sexuality. People think he’s homosexual, which is why he hasn’t been in a relationship since he’s afraid of coming out. Cedric, who supports LGBT rights, hasn’t made any statements about his sexuality being different.

Therefore it’s safe to assume he’s heterosexual. Although Cedric may be dating, he keeps his personal life under wraps, yet nothing is clear until Cedric makes his own announcement.

Cedric Yarbrough was born on March 20, 1973, in Burnsville, Minnesota, U.S. He is 48-year-old and holds American nationality. Details on Yarbrough’s parents aren’t revealed yet.

In terms of his education, the 48-year-old went to Burnsville Senior High School and Minnesota State University, Mankato after that. He’s also a Minneapolis’ Dudley Riggs’ Brave New Workshop graduate.