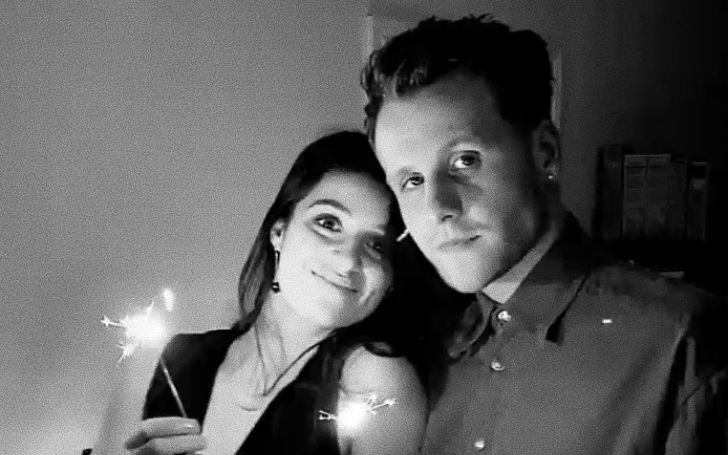 Anya Chalotra is an actress best known for her role as ‘Jennifer Ashman‘ in the British drama series ‘Wanderlust.’ Chalotra rose to prominence in 2018 after being cast as ‘Yennefer’ in the upcoming ‘Netflix’ fantasy thriller ‘The Witcher.’ It is based on a successful video game franchise adapted from a book series.

Many supporters were dissatisfied with portraying Chalotra as ‘Yennefer.’ Chalotra is well known for her role as ‘Lily Marbury’ in the ABC Murders, a thriller series based on Agatha Christie‘s novel of the same name. Keep reading to learn more about her.

Anya Chalotra has been seeing another English actor, Josh Dylan, for quite some time. Because the couple is so private about their connection, few people know about their affair. Nonetheless, they have made a few public appearances together. For example, they attended the 50th anniversary of Paul Smith AW20 as part of Paris Fashion Week in January 2020.

The pair have already moved in together and share a house in East London. They’ve also published a single photo of themselves on their social media accounts. They posted their only selfie together in November 2019. They are wearing matching T-shirts in the photo, not to seem pretty, but supporting War Child UK. The revenues from the sale of clothing and other products are used to protect children from war-torn regions.

Anya Chalotra and Josh Dylan are both reserved individuals. They are reluctant to reveal intimate aspects of their affair to the public. We didn’t realize they were dating till lately because of their temperament. Initially, Josh was the one who implicitly revealed to the public that he was dating Anya.

So, a fan-created Twitter account called @bestofanyac uploaded a small video of Josh conducting an Instagram live interview in June 2020, just around the Covid lockdown. The actor discussed his short drama, Queens (2021), during the conversation.

Josh stated that he was the producer of the drama and his girlfriend Anya, who was the show’s associate producer. Surprisingly, Anya’s brother Arun Chalotra appeared in this play as well. Furthermore, there is a divided response in the comments area. While others appear surprised, a few suggest Anya and Josh had been dating for quite some time.

Several newspapers speculated about Anya Chalotra’s dating life when The Witcher was released. After all, she was the one person who drew the greatest attention to the program, aside from Henry Cavill. A strange rumor was circulating at the time. She was said to be dating a man called Juan F. Sanchez.

While some sources say Juan is a Honduran journalist and writer, we discovered an actor by the same name after conducting a little more investigation. This actor has been in several TV shows, including the well-known Colombian Netflix series Distrito Salvaje (Wild District). The only strange thing about Chalotra’s connection with Juan is that they are from different corners of the world. They have never collaborated on the same production, and they both work in independent cinemas.