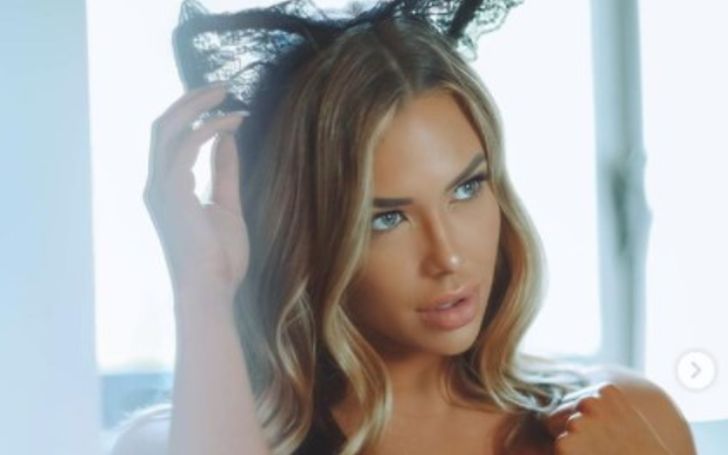 Instagram sensational star Scandinavian-American model, Antje Utgaard is a familiar face in hot magazines like Playboy, The Chive, and Maxim. Antje, also being actress, was called “Gift from the Instagram Gods” by Maxim and “The Next Kate Upton” by The Chive. Today in this article, we discuss some of her details, net worth, career, and much more.

Being a sensational model, Antje Utgaard is living the life of a millionaire. With more than 1.8 million followers on Instagram, Antje is likely to earn a handful of fortunes from many social media endorsements. Hence, Antje’s net worth of 2020 is estimated at $4 million as per Biography Pedia.

Beauty Bombshell Antje not only has financial sources from Instagram and social media, but the top influencer model also makes her earnings by featuring in leading magazines of the industry.

Success does not stand right around the corner. Even the gorgeous Antje started her career from scratch. After Antje completed her graduation, Utgaard worked as a saleswoman and bartender to meet her living needs.

Due to her intense passion for modeling, she moved to LA for better modeling opportunities. As soon as Utgaard landed in LA, she modeled for the popular snack “Cheetos” and some local clothing brands.

While her modeling works stacked up against her with many opportunities, she used social media platforms to enhance her modeling career more successfully. While she continuously posted her photos on social media, Utgaard was noticed by the famous magazine “Playboy,” which triggered her career to head towards the peak.

Despite being a top Instagram mentor, the Scandinavian-American model-actress is currently single. Utgaard prefers to keep silent about her love life and gives the clues from her Instagram posts that she is unaccompanied.

Regardless of being single for so many years, Instagram Gods’ gift, Antje believes that her perfect guy is the one who is a gentleman with a beautiful smile and prepares her food with lots of love.

In the year 2011, Antje’s father Stuart was arrested for domestic violence, and later she was raised in Star Prairie, Wisconsin, along with her other three sibling sisters by her mother. Antje is of Norwegian and Swedish descent, with her parents moving to the US before Antje was born.