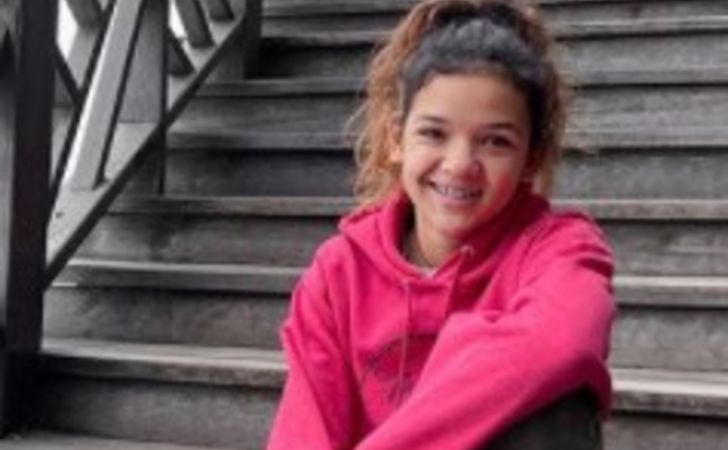 Rykel Bennett is a young American YouTuber who is pretty famous in the mass. She is in her mid-teens and is already smart enough to accumulate a massive fan following. Except for creating her own contents, she also appears on her family YouTube Channel, The Ohana Adventure. Indeed, her parents are YouTuber, and actually, it’s them who inspired her to be one. As the beauty Rykel is growing up, many want to learn more about her, which brings us in today’s article. Thus, stay tuned until the end to know all about her.

Born on April 7, 2005, Rykel Bennett is growing up with her five siblings. She has an elder sister, Klailea, two younger sisters, Cora and Evelin, and Shae and Wyatt’s two younger brothers. They all live with their parents, YouTuber couple, Jase and Rachel Bennett.

We can see Rykel in her YouTube videos; further, she also appears on her family YouTube channel. We can frequently see them enjoying their time doing something exciting.

Speaking of Rykel’s academics, like all of her siblings, she prefers homeschooling. Indeed, she loves to learn from her house, and her dad and mom has created a healthy environment for that.

Does Rykel Bennett Have a Boyfriend?

Anyone who updates themselves with Rykel Bennett’s YT videos do know that she had someone special this year for valentine, unlike most of her siblings. With her father, mother, and brother, she drove far away to meet the lucky boy.

After covering some miles, they reached Rykel’s valentine, Zade’s school, and surprised him. Both were looking cute together, and the young lovebirds were feeling pretty shy and excited. Now, we can’t be sure if they are dating or not as they are still young. However, one thing for sure, they do have feelings for each other, which in-time will flourish, and we may see they together more often as a lovely couple.

Regarding Rykel’s net worth, she holds an estimated net worth of $400,000, as of 2020. There is no official report to pinpoint that number, though, as it is just an estimation. But acknowledging her impact in the crowd through her social media, it seems pretty legit for her to have a six-figure fortune.

Coming to Rykel’s social media journey, it all started when she began to show up in her parents’ YouTube channel, The Ohana Adventure. She made her presence along with her brothers and sisters.

Her dad and mom began to upload videos back in 2015. After then, they involved all of their children in their clips, and gradually, they became quite famous in the mass.

Growing up and filming in their parents’ vlogs, Rykel, and her sister, Klailea, started to post new videos on their own channel. They started doing that in 2017 and until today, they gained around 585,000 subscribers.

Like YouTube, the 15-years-old Rykel also started investing her time in TikTok and Instagram, where she has tons of followers now. She also promotes beauty products through her social pages, which do help her to earn some greens.