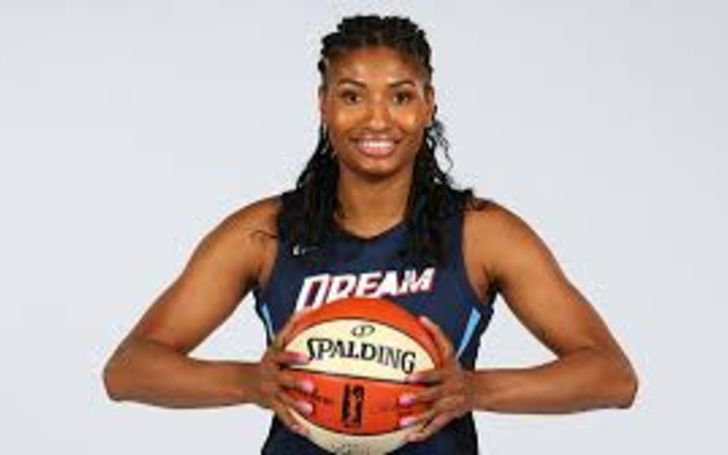 Angel Lajuane McCoughtry is an American professional basketball player who’s successfully made a huge name for herself as a two time Olympian gold medalist winning athlete. Currently, you might’ve seen her playing for the Las Vegas Aces of the Women’s National Basketball Association(WNBA). So, today we delve deeper into getting some details on the athletic player, all from her net worth, career to her love life.

It’s not an easy feat to gain highlight from sports at the international level or even national level unless you’ve got talent and dedication for it. Just like that, two-time Olympic winner Angel McCoughtry’s also made a resounding name for herself in the 12 years that she’s been active in sports. She’s got success not only professionally but also financially in all her years.

She’s the holder of a staggering net worth collection of $2 million as of 2020. It’s also a huge benefit that in recent days the new rule from WNBA official has led a salary increase for the players. As before they only used to earn 20 percent of an NBA player’s minimum salary.

It’s estimated that McCoughtry makes an annual salary of $215,000 with additional bonuses, prize pool compensations, and many more from her career in basketball. Besides that, she’s an entrepreneur who’s founded the A3 Ventures, an Athletes Activation Agency that helps players to get success physically as well as digitally. A major of her income is also backed by brand endorsements and sponsorships by brands like Spidadmitchell, AT&T, Adidas, and many more.

There were also some questions if she was a lesbian, which was later proved when she flaunted a picture with her girlfriend Brande Elise on her social media. The basketball player came out as a part of the LGBTQ community in April 2015.

Angel’s girlfriend Brande is an actress by profession working in movies like Pathfinder: Kingmaker (2018), BeautyTalkWithTae (2018), and Rigel Gemini: I Can’t (2020) and many more. Later on, making things official the pair got engaged in Turkey and were preparing for their marriage. However now they seemed to have parted their ways and are no longer together. The reasons aren’t disclosed due to privacy reasons.

Angel McCoughtry began a keen interest in basketball ever since she was a little child as she saw her father dedicate himself to the same field. Her father played as the forward position at Coppin State University in west Baltimore. As for her, she first started to play basketball through Northwood recreation center and then went forward by playing in high school and college.

The 33-year-old became a standout at basketball during her school and college days while getting named as Big East Player of the Year during her sophomore year. She got selected as the 1st overall by Atlanta Dream back in the 2009 WNBA Draft. She immediately made a huge name for herself upon arrival at the WNBA games, winning the Rookie of the Year honor in her debut year.

Recently in February 2020, McCoughtry left the Atlanta Dream after 12 years and signed up with the American professional team Las Vegas Aces in free agency.