Skip to content
Home » News » JoJo Siwa Coming Out as an LGBTQ and queer, her Girlfriend.

JoJo Siwa Coming Out as an LGBTQ and queer, her Girlfriend. 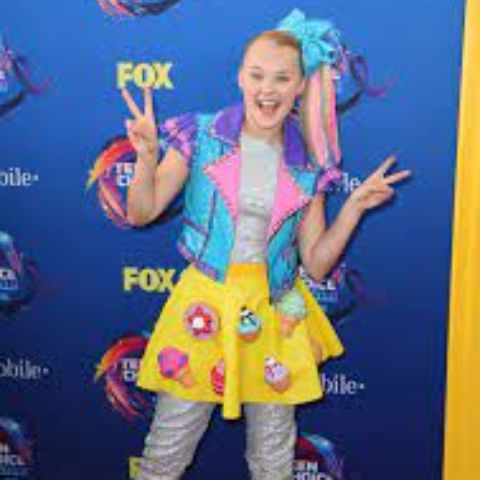 JoJo Siwa is opening up about coming out as a member of the LGBTQ community in 2021.

The online superstar who came out in January revealed her sexuality in a People interview published Wednesday. JoJo said she usually refers to herself as “gay because it just kind of covers it or queer because she thinks the keyword is cool.” However added, she would also identify herself as pansexual.

“I like queer. Technically, I would say I am pansexual because that’s how I have always been my whole life… my human is my human”.

The singing sensation also talked about her relationship with girlfriend Kyle Prew, with whom she went public on social media in February. On April 4, JoJo and Kyle were spotted at a drive-in concert to enjoy live music with the pop stars brother and his sweetheart before the weekend.

Although Siwa has been open about her identity, she admitted she never wished to be a big deal, especially her young fan base. Siwa added that she met with criticism and negativity by some of her followers when she came out as a member of the LGBTQ community.

The two went on a double date with her brother Jayden Siwa and his girlfriend Abbie Crandal on April 2. The squad attended the Queen cover band Queen Nation’s drive-in concert in Simi Valley. The Nickelodeon star and Dance Moms alum and Kylie sat in the back of the singer’s custom rainbow-painted BMW convertible while the other parts watch the band from respective seats.

The pair, later on, shared on Instagram stories of the four enjoying Queen’s “Bohemian Rhapsody,” “We are the Champions,” and “Radio Ga Ga.” JoJo came out as a member of the LGBTQ community in January 2021 after uploading TikTok’s video herself dancing to Lady Gaga’s Born This Way.

After being best friends for a year, on January 8, 2021, she got to start called the exceptional human her girlfriend. Since then, JoJo has been the happiest she has ever been. Kylie is the most loving, supportive, happiest, protective, and just the most beautiful person in the world.

A week later, on Valentine’s Day, Siwa uploaded a picture of Kylie giving her a piggyback ride. Also, she shared a video of the two in a restaurant donning matching red sweatshirts. JoJo wrote it’s her first Valentine’s Day. No One in the world makes her as happy as Kylie does. Siwa is blessed to have fallen in love with the perfect person who makes her happy 24/7.