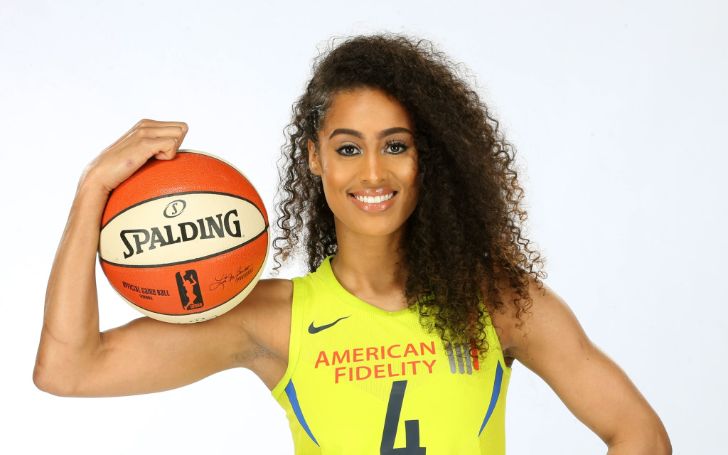 Skylar Diggins-Smith is an American professional basketball player whom you may have seen playing for the Phoenix Mercury in the Women’s National Basketball Association(WNBA). She recently changed her name to Smith after tying the knot with her husband Daniel Smith. For fans wanting to know all the details about the player, today we are going to talk about Skylar Diggins’s net collection, love life, and career highlights.

Skylar Diggins-Smith’s had an active career in basketball ever since her high school days. Having spent more than a decade in the sport that she loves, Smith’s surely made success both professionally as well as financially. She’s even considered as the top-notch WNBA player as of now.

Specifically speaking about her earnings, the athlete enjoys a net worth of millions. She signed a 4-year contract of $899,480 with the Wings in 2018. It is said that her annual base salary is a whopping $215,000.

The above estimated annual salary of the WNBA player is just limited to her earning from the Wings. A major part of her earning also comes from her sponsorship and endorsement deals. To date, she’s signed a deal with Nike, Bodyarmor SuperDrink, and Roc Nation Sports. It is estimated that altogether her net worth collection is somewhere above $1 million as of 2020.

Who says you can’t excel in both your professional life and love life? Skylar Diggins-Smith is the perfect example of that statement. The All-Star player is happily married to the love of her life since high school, Daniel Smith. Her boyfriend was a college football player and they’ve been together since then.

The athletic couple made things official with a lavish marriage ceremony at the Museum of Contemporary Art Chicago on April 29, 2017. The wedding was done in a beautiful setting surrounded by all their loved ones, friends, and family.

Skylar also changed her jersey name to ‘Diggins-Smith’ after her marriage. They also welcomed a new family member aka a baby girl recently in April 2019. As of now, the couple is enjoying their own lives and there is no news of any trouble.

Skylar Diggins-Smith began playing basketball ever since her high school days and then went forward to play with the Tulsa Shock soon after being drafted in 2013 WNBA. A year after her draft she won the 2014 WNBA Most Improved Player Award due to her outstanding performance and her total points in the season.

Back in 2015, she suffered from a torn ACL injury which led her to miss the all-star game and she only recovered and was back in the game in the 2016 season. After that, she signed a multi-year contract with Dallas Wings. She was also a member of the United States Women’s U18 National Team and won a gold medal in the game.