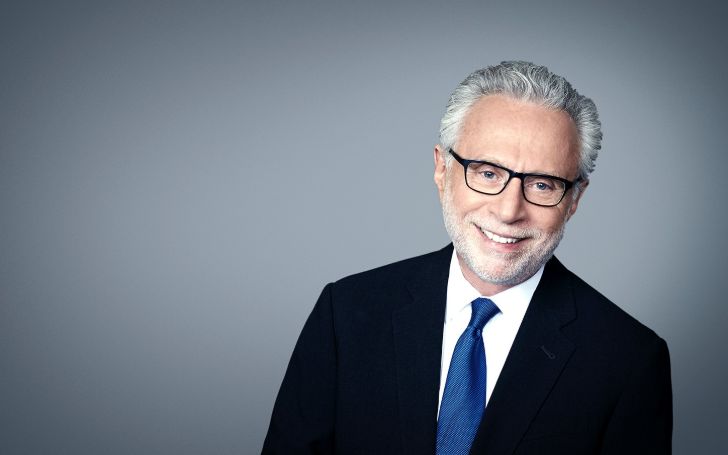 Being a journalist isn’t everyone’s cup of tea, considering the hardships and troubles that come with it. Despite all the struggles, Wolf Blitzer is someone who makes the task look like a cakewalk with his four-decade-long career as an anchor and a journalist. His introduction would be quite incomplete without mentioning that he is a reporter for CNN for thirty years now. Furthermore, he is also the host of ‘The Situation Room’ as the network’s lead political anchor. So, today we take you close to the net worth, early life, and the married life details of Wolf Blitzer.

Wolf Blitzer’s Colossal Net Worth Makes Him A Millionaire

When it comes to finances and income of Wolf Blitzer, he has nothing to worry about considering his well-accomplished professional journey. Specifically, he gathers a whopping net worth of $16 million, thanks to his career at CNN. The Situation Room host began his career in the early 1970s from Reuters, before signing with Jerusalem Post. Over the years, he also worked for the American Israel Public Affairs Committee as the editor of their monthly publication.

Even though Blitzer is a writer, the primary source of his net worth is undoubtedly his career as an anchor at CNN. According to estimates, he earns a massive salary in the range of $2 million and $5 million. Besides all that, he garners significant fortune from his writing career. Surprisingly, his 1989 book earned the distinction of being one of the New York Times’ “Notable Books of the Year.”

You May Like: Know the net worth and personal life details of Jeffrey Goldberg.

Thanks to his impressive performances, Blitzer bagged several awards like the 2004 Journalist Pillar of Justice Award and the American Veteran Award. Apart from his journalism career, Wolf made appearances in several films and shows like ‘Skyfall,’ ‘House of Cards,’ and ‘Batman v Superman: Dawn of Justice.’

While Wolf Blitzer might be extremely vocal about his professional endeavors, he prefers to keep a low-profile of her love life. As the famous saying, behind every successful man is a woman who continually supports him. In the case of the CNN reporter, it is his longtime wife, Lynn Greenfield. According to reports, Blitzer tied the knot with Lynn Greenfield in 1973.

Blitzer and his partner remain the perfect inspiration for the new couples who struggle to sustain their romance. The pair celebrate their forty-seventh marriage anniversary in 2020, and they couldn’t be happier. Shortly after their marriage, Blitzer and his wife gave birth to a daughter, named Ilana Blitzer Gendelman in 1981. Today, the CNN anchor lives at his flashy house in Bethesda, Maryland.

Introducing you to the background of Wolf Blitzer, he was born in Augsburg, West Germany, on March 22, 1948. He is the son of mother Cesia Blitzer and father David Blitzer, a home builder. In fact, his parents were Jewish refugees from Poland that survived the Auschwitz concentration camp. After World War II, the journalist moved to the United States, courtesy of provisions of the 1948 Displaced Persons Act.

For education, Wolf Blitzer went to Kenmore West Senior High School. Likewise, he completed his graduation from the State University of New York at Buffalo with B.A in history in 1970. In addition to that, the CNN chief anchor acquired the Masters of Arts in International Relations from the Johns Hopkins University School of Advanced International Studies. Moreover, he learned Hebrew at the Hebrew University of Jerusalem.

Also See: The Net Worth and Career Details of Brooke Gladstone.