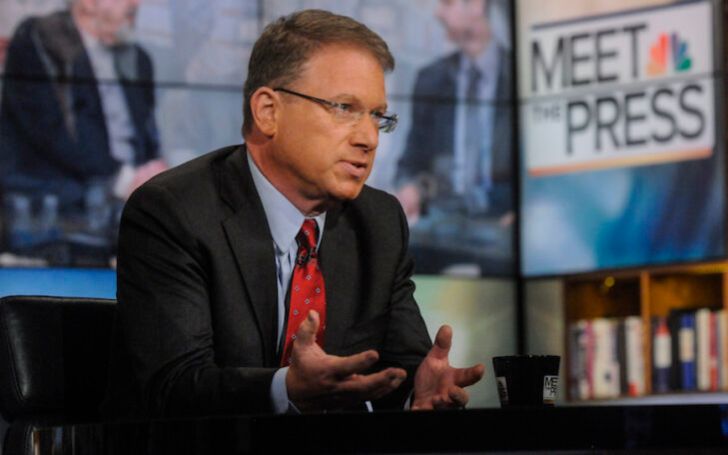 The sole aim of journalism should be service, and Jeffrey Goldberg is someone who completely dedicates himself to the belief. His introduction would be quite incomplete without mentioning that he is the editor-in-chief of The Atlantic magazine. Despite all the hardships and troubles, the 54-year-old makes the task look like a cakewalk with his expertise and experience. So, today we take you close to the personal life, net worth, and early life of the talented journalist.

With such massive net worth, Goldberg enjoys a lavishing lifestyle. According to estimates, Jeffrey makes around $77,723 per year, which is the average salary of a writer at the Atlantic. Over the years, he bagged many awards and even wrote several cover stories for The Atlantic magazine. In fact, he is best known for his coverage of foreign affairs.

Related: Grab the information about Jonathan Bailey and his net worth.

Over the years, Jeffrey Goldberg wrote some articles which were highly rated like ‘The Great Terror’,’ The Hunted’, and ‘Is it Time for the Jews to Leave Europe?’ The veteran journalist is also a book author who published ‘Prisoners: A Muslim and a Jew Across the Middle East Divide. New York in 2006.

Jeffrey Goldberg might remain vocal about his professional endeavours in journalism to the whole world, but regarding his romantic side, he prefers to keep a low-profile. The former columnist for The Jerusalem Post and the contributing editor at New York magazine is fortunate to replicate his professional luck in his personal life, and he couldn’t be happier.

Goldberg tied the knot with longtime girlfriend, Pamela Ress Reeves in 1993. However, the Israeli-American journalist did not disclose much about how he met his wife and how they fell in love. Shortly after their marriage, the editor-in-chief of The Atlantic welcomed three children with her. The lovebirds currently live at their lavish house at Washington D.C.

Talking about the background of Jeffrey Goldberg, he was born on September 22, 1965, in New York City. He belonged to a Jewish family and grew up with parents Ellen Goldberg and Daniel Goldberg in suburban Malverne on Long Island. In an interview, he revealed that he was ‘a powerless 13-year-old boy’ when he travelled to Israeli state as a teenager.

For education, Goldberg went to the University of Pennsylvania, where he became the editor-in-chief of The Daily Pennsylvanian. Surprisingly, he left college to move to Israel where he served as a prison guard in the Israeli Defense Force.

Also See: Know about the net worth and personal life of Matt Drudge.