Skip to content
Home » Entertainment » Who is Yvain Badan’s Wife? All Details on His Marriage and Affair Here

Who is Yvain Badan’s Wife? All Details on His Marriage and Affair Here 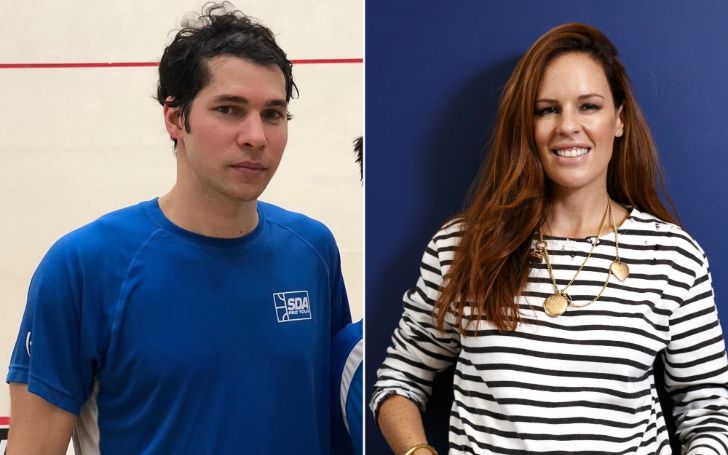 Yvain Badan is a married man, but his marriage recently came to an end. He shared vows with his wife, Cynthia Badan (nee Harder). They were doing great raising four kids together; however, suddenly, things became complicated after Yvain was caught cheating Cynthia.

Those who don’t know who Yvain is, let us tell you he is a squash coach who came to the spotlight as the alleged lover of Barstool CEO Erika Nardini. Yes, just a mere days ago, the media founder Dave Portnoy’s sex tape leaked, and now this news has given a lot of things to talk about for the Barstool’s fans.

Because of Badan’s affair with Nardini, people are searching for information about him. And many want to learn about his wife, kids, and everything linked with his marriage. So, here you will get everything on him; keep on reading.

Yvain Badan was married to Cynthia Badan. His wife is a middle school teacher and a squash coach. She coached kids at New Canaan Country School. Further, she ran the Greenwich Academy squash program at the country club.

Cynthia also teaches French at St. Luke’s School in New Canaan. She is there since 2018. Similarly, she also coaches that school’s hockey and squash teams.

Also, Read: Who is Bobby Parrish’s Wife? Learn All About Her Here

Talking about Yvain and Cynthia’s marriage, the duo tied the knot back in 2012. Together they are parents to four children, all sons. Furthermore, Cynthia is a mother to two more kids from her previous relationship. She was married to her ex named Steven Polikoff.

As mentioned already, Yvain Badan grabbed the media attention after his affair with Barstool’s CEO Erika Nardini became public. Their relationship created a barrier in their respective married life.

According to Page Six, Nardini was caught kissing a guy who wasn’t her husband in early April at the Barstool’s New York headquarters. Later on, it was revealed that the other man is none other than her married squash coach, Badan.

Page Six also mentioned that Nardini left her banker husband, Brett Nardini, for her new lover, and the same goes on Badan’s side. As per Earn The Necklace, the Barstool CEO and her spouse joined the New Canaan Country Club last summer.

Brett signed up his wife for squash lessons with Swiss in December. Yvain and Erika then began to meet for their sessions which reportedly would begin at 8:00 p.m. However, Yvain’s wife Cynthia noticed her beau returning home late from the sessions.

When asked by Cynthia about his late work schedule, Yvain explained that he was into a routine of hanging out with his student and other friends at the club bar after hours. While she believed that it later came to her that her husband might be cheating on her.

Cynthia lost her trust in Yvain after finding text exchanges between him and Erika on January 8, 2021. After reading their messages, she discovered her husband and Erika had traveled to New York to spend a day together.

There are reports which indicate that Yvain and Cynthia parted separate ways; sources claim the latter filed for divorce in March. Furthermore, it came in front that Yvain was fired a few days after his affair with a client was discovered.