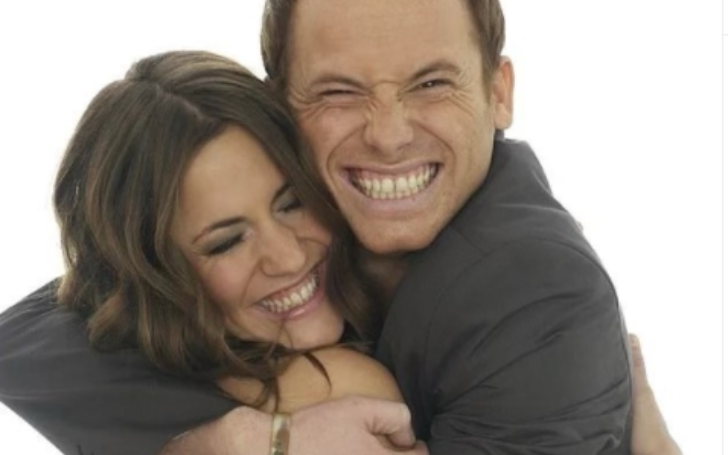 Joe Swash went through the wrath of his fiancee Stacey Solomon after he accidentally revealed their wedding date via social media on Wednesday.

Stacey, 31, is seriously not impressed when Joe publicly announced they were set to wed Sunday on July 25, 2021. Joe and Stacey were planning to walk down the aisle in the garden of their Essex home. Joe said so after Stacey told him, “You wouldn’t know the date even if you were allowed to say.”

As a result, Eamonn Holmes, who also has a part in the Loose Women special said ” Can you say when it’s happening your wedding?”

Joe adds, “Stacey, are we allowed to say? I never know”. Furious, Stacey said: ” Oh my god, why did I bring you here? Fantastic Good stuff.

Needless to say, the pair have been busy planning for their wedding, which will take place at their latest £1.2 million home Pickle Cottage after Joe Swash proposed on Christmas Eve.

Also, Stacey posted a screenshot of an email confirmation she had received, which stated, “A reservation has been made for your marriage ceremony to take place at July 2021 2:00 pm. After moving into a new home, the pair decided to change their wedding plans and held the reception within its premises.

Also Read: Is Aaron Johnson Getting a Divorce from Wife Sam

Walking into the ceremony this week, Stacey said it would just be Joe, her family, and the rabbi in the garden at this rate. No food, no disco, nothing. That’s the reason why Solomon has not started her wedding and sorted out this house.

Joe also disclosed he is planning to have three stag dos. He’ll have one that their kids organized for him. He’ll take them to Alton Towers before making plans to jet off to Ibiza and also have a fishing stag do.

Joe Swash and Stacey Solomon have been dating since early 2016, but they tried their best at keeping the relationship low profile. That’s why they never had issues sharing a love for each other. Later, on Valentine’s day, the duo sparked rumors they had just engaged with a sweet snapshot of the two in bed with their left hand hidden.

A few moments later, Joe showed off both of her hands without the ring, with Stacey saying she would accept a Pindland engagement ring from her husky-voiced partner. Therefore, on 24 December 2020, Swash proposed Solomon with a giant diamond rock on Christmas Eve.

Swash is a dad-to-son Rex Swash who was born on May 23, 2019. He has fathered two other children, including Zachary from Stacey’s ex-partner Dean Cox. She became a teen mom at age 17. Four years later, Stacey gave birth to her second child, Leighton, with lover Aaron Barnham.

Before Swash, Aaron, and Dean Cox, Stacey Solomon romantically linked to a guy named Steve-O-man in the 2020s. They chose separate paths after six months of romance. The reason behind their breakup was the inability to maintain a long-distance relationship.