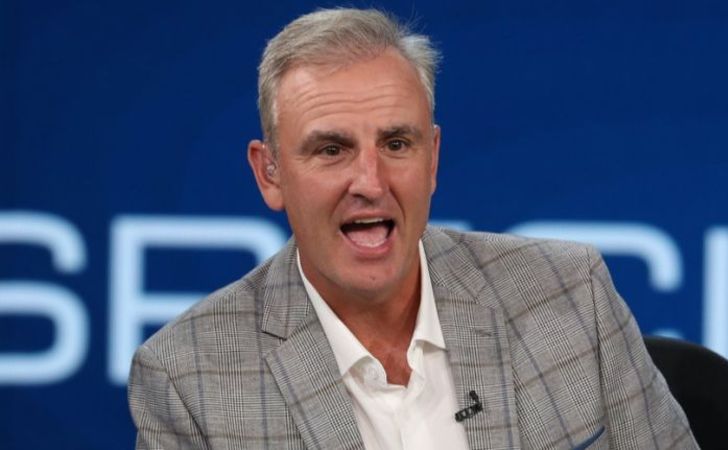 Not everyone has the abilities and skills to become a top journalist since the profession is extremely demanding, with massive challenges and hardships. No matter the struggles, Trey Wingo is someone rare who manages to make the job look like a cakewalk, thanks to his vast journey in ESPN as the co-host. Lately, the 56-year-old rose to prominence as he seems to be bidding farewell to ESPN after a twenty-three-year long career. In fact, his appearance in ESPN Radio is coming to an end as he and Mike Golic will be replaced by Keyshawn Johnson, Jay Williams, and Zubin Mehenti. So, today we bring you close to the personal life, net worth, and career details of Trey Wingo.

When it comes to finances and income, the longtime servant of ESPN, Trey Wingo, has nothing to worry about. Working in the sports industry helped him ensure his financial safety, which helped him garner significant bank balance, but also rose to global prominence among the sports enthusiasts. With a career that has lasted over three decades, Wingo earned himself the tag of a ‘millionaire’ in terms of finances. Specifically, Wingo gathers a staggering net worth of $40 million as of 2020.

Having served ESPN for over twenty years, he took on multiple roles co-hosting highly rated shows like ESPN Golic and Wingo, SportsCenter, and NFL Live. According to estimates, Wingo makes around $6 million per year from the ESPN network in his prime. However, his journey at ESPN is coming to an end as the New York Post’s Andrew Marchand wrote how his future at ESPN is expected to be either in a reduced role or no role.

Highly Recommended: Get to know about the net worth and career of Maja Schone.

Thanks to his whopping net worth, Trey Wingo enjoys a lavish lifestyle around all sorts of modern-day amenities.

Trey Wingo’s Career As A Journalist

Talking about the career of Trey Wingo, he is best known as the co-host of ESPN Golic and Wingo, SportsCenter, and NFL Live. While he joined ESPN in 1997, he initially served as the play-by-play announcer for the Arena Football League on ESPN with Mark Sclereth. In the network, he appeared on the lone September 11, 2001, segment of SportsCenter.

Wingo later hosted NFL Primetime, which airs after Monday Night Football, NFL Live, and Who’s No.1? In addition to that, Wingo also co-hosted the ESPN morning show with Mike Golic. Furthermore, he lent his voice and likeness to the popular video game, ‘ESPN NFL 2K5’ in which he can be unlocked as a free agent: NFL Head Coach. Besides, he also appeared in a campaign for the RW Sports luxury collection by Swiss watchmaker Raymond Weil.

Related: Know about the net worth, career, and love life of Kevin Connors.

Before joining ESPN, she started his career at NBC News at Sunrise in New York City before making a switch to WMGC-TV as a sports director from 1988 to 1990.

While Trey Wingo might remain extremely vocal about his professional endeavors, he keeps a low-profile of her love life. He is a married man to his longtime wife, Janice Parmelee. However, there aren’t many clues on when the pair first met or tied the knot. The lovebirds shared two adorable children, a son named Chappy Wingo, and a daughter named Chelsea. Even though the ESPN journalist remains busy with his work most of the time, he tries his best to divide time between his family and his love life.

Talking about his background, Wingo was born on September 19, 1963, to father, Hal Wingo, the founding editor of People magazine. He spends his childhood in Greenwich, Connecticut, where he attended high school with Steve Young and attended Baylor University, where he was a member of the Phi Delta Theta fraternity. He completed his graduation in 1995 with a bachelor’s degree in communications.

Also See: Know about the net worth and career of Peter Gammons.