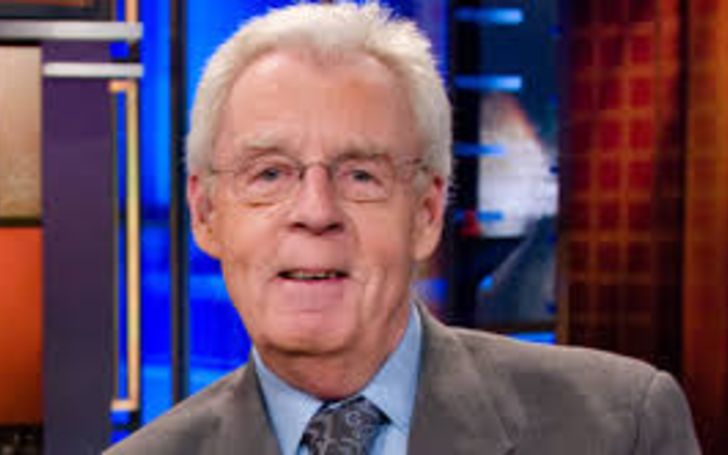 Peter Gammons is a successful award-winning American sportswriter and a media personality mostly famous for his career in journalism. He’s the proud recipient of the J.G. Taylor Spink Award for his outstanding baseball writing given by the Baseball Writers Association of America. From serving as an in-studio analyst to becoming an award-winning sportswriter, he’s certainly made a long way in his career. Follow the article to know more about some of his personal details, net worth collection, and career highlights.

Peter Gammons is one of those media personalities who made success not only professionally but also financially. When it comes to finances, he’s the person who’s the least bit worried about it all to the courtesy of his decade long career as a sports writer for esteemed media channels.

You may also like: Mike Armstrong’s Career As A Stand-Up Comedian Started Late

The proud receiver of J.G Taylor Spink Award is a prime example of success in the media and communication industry and currently, he enjoys his well deserved lavish lifestyle with his family.

Peter Gammons started his career by writing as a featured writer at The Boston Globe for a number of years as a main journalist covering the Boston Red Sox. He also worked under legendary Globe sports writers who helped sharpen his skills like Will McDonough, Bob Ryan, and Leigh Montville.

Working with the experts, he was able to establish himself as a baseball columnist for Sports Illustrated, covering hockey, baseball, and college basketball. Finally, in 1988, he joined the ESPN serving as an in-studio analyst, appearing nightly on Baseball Tonight, SportsCenter, ESPN NEWS, and ESPN Radio.

In 2006, Gammons was promoted as one of the two-field level reporters for ESPN Sunday Night Baseball with Bonnie Bernstein. After working for a whopping 20 years with the ESPN, he moved to the MLB Network and MLB.com as a on-air and online analyst.

Peter Gammons is a native from Boston raised in Groton, Massachusetts where he graduated from the Groton School. As for his personal life, he is happily married to his wife, Gloria Gammons. The pair tied the knot in 1968 in the presence of their family members, friends, and loved ones. Currently, the pair lives in Cape Cod, Massachusetts.

The journalist was in news back in 2006 for his severe health issues where he was stricken with the rupture of a brain aneurysm in the morning. He was admitted to the Falmouth Hospital before being airlifted to the Brigham and Women’s Hospital in Boston. After being in the ICU for 12 days, he was released from the hospital in July 17.