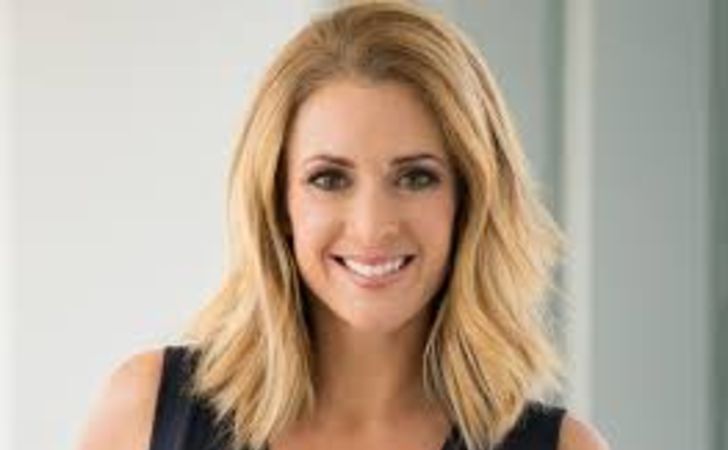 Not everyone has the capabilities and skills to become a top journalist, as it brings a tremendous amount of pressure and responsibilities alongside. Nicole Briscoe is someone rare who makes the hectic task look like a cakewalk as the American sportscaster for ESPN. Furthermore, her introduction would be quite incomplete without mentioning that she is the host of NASCAR Countdown and NASCAR Now. Today we take you close to the personal life, net worth, and career of Nicole Briscoe.

With a stable job at ESPN, the charming journalist, Nicole Briscoe has nothing to worry about when it comes to her income and finances. Specifically, she gathers a whopping net worth of $500,000 as of July 2020. Her half a million worth of bank balance enables diva to enjoy a lavishing lifestyle around all sorts of modern-day amenities.

Briscoe’s bank balance is the result of her immense hardwork in the media industry. At the ESPN network, she originally focused on covering auto racing for the network, which further included stints as the host of NASCAR Countdown and NASCAR Now. Furthermore, she became the anchor of SportsCenter in 2015. The 40-year-old diva started her career at WREX-TV for NBC station before switching to WANE-TV in Fort Wayne as a general assignment reporter.

Related: Grab the details about the net worth and career of Mike Armstrong.

Nicole signed for WISH-TV in Indianapolis, Indiana, in April 2004, where she covered the Indianapolis 500, the United States Grand Prix, and the NFL’s Indianapolis Colts. KaterAfter two years, she moved to Speed Channel, where she would co-host The Speed Report, replacing Connie LeGrand.

Getting you close to the details regarding Nicole Briscoe, she was born on July 2, 1980, in Wausau, Wisconsin, U.S In fact, she is a native of Roscoe, Illinois, who completed her high school from Hononegah High School in 1998. Surprisingly, she was a childhood friend of an auto racer, Danica Patrick, as the two were cheerleaders in their school in 1996.

One of Briscoe’s significant accomplishments to this date has to be winning the title of Miss Illinois Teen USA 1998, before going on to compete in the Miss Teen USA in Louisiana in August 1998, where she finished as a semi-finalist. Interestingly, two years after passing on her title, Briscoe competed in the Miss Illinois USA 2001 and ended up as the first runner-up to Rebecca Ambrosi.

While Nicole Briscoe remains quite vocal about her professional endeavors, she keeps a low-profile of her love-life. No matter how hard she tried to keep her romantic affairs as a secret, she couldn’t hide the fact that she is a married woman. In fact, the ESPN sportscaster tied the knot with Australian-American professional racing driver, Ryan Briscoe, in 2009. The fan-favorite pair exchanged their vows in an outdoor ceremony in Hawaii in 2009.

Briscoe and her husband, Ryan, couldn’t be pleased with how things stand in their life as they are grateful for everything. The couple shares two adorable daughters. Her beau, Ryan Briscoe, received his American citizenship in 2018.

Also See: Know the net worth and love life of Carol Goar.