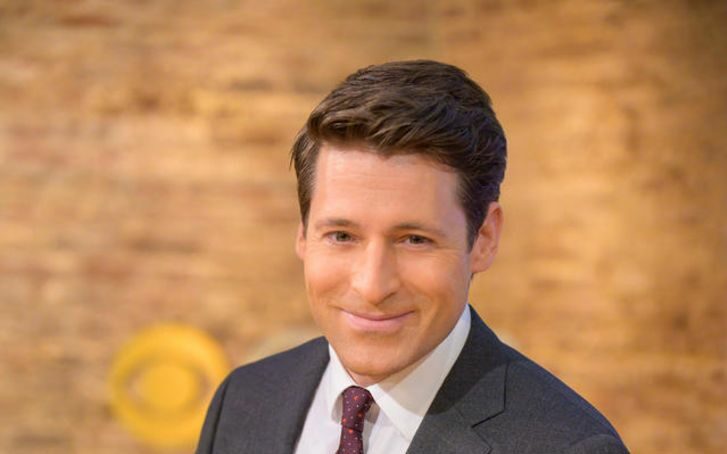 Tony Dokoupil: We might not know much about the actors and actresses in the media world, but we definitely know the news reporters that we watch daily, whether it be with our morning cup of coffee or during any time of the day. Just like that, today we have another journalist figure Tony Dokoupil. You might’ve seen him as the host of CBS This Morning, who’s also worked for other news channels like MSNBC. Here we have all sorts of details on the news reporter, all from his net worth, career details to his personal life.

What Is The Net Worth Collection of Tony Dokoupil?

Tony Dokoupil is currently in such a position in his life where he doesn’t really have much to worry about his net worth and finances. As a CBS reporter, he makes a handsome amount of bank balance to support his wife and kids. According to sources, he makes an annual salary between $60,000 to $176,000 as of 2021.

Specifically speaking about his net worth, the 40-year-old is still yet to share his exact details in the media, but according to speculation, it amounts to a whopping figure of $500,000. Some of the contributors to his wealth are his salary from the CBS channel and not to miss from his published book, The Last Pirate.

You may also like: All About Fox Nation Correspondent Abby Hornacek.

Not only that, but Dokoupil’s wife Katy Tur is also quite a formidable figure in the field of media and communication who has a staggering net worth of $4 million as of 2021. She makes $1 million annually as an American author and broadcast journalist.

Talking about Tony Dokoupil’s personal life, he is happily married to the love of his life Katy Bear Tur, who also happens to be a fellow correspondent for NBC News. The couple first met each other when Tony was still working for MSNBC back in 2015.

After dating for over a year and a half, they announced their engagement on January 28, 2017, and ended up marrying each other in late October 27, 2017. They chose their wedding location to be in a desert in Utah where there were no network signals, and the guests had to actually enjoy each other’s presence and pay attention to the wedding.

Throughout their time together, the couple shares a baby boy named Teddy Dokoupil, who was born on April 13, 2019. They are also expecting their second child, a baby girl who is due in May 2021.