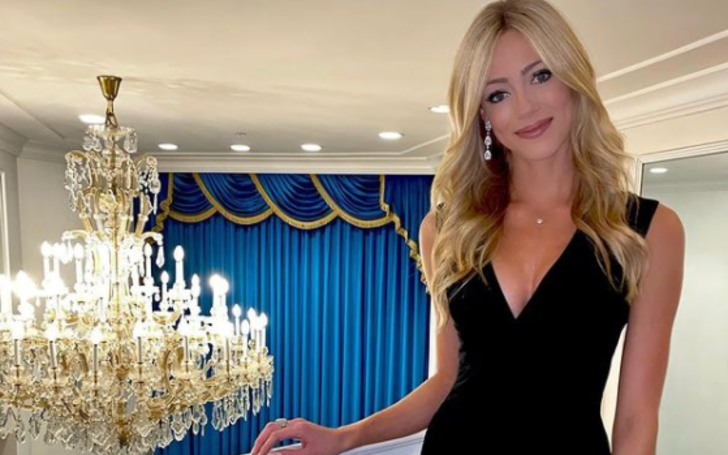 Abby Hornacek is the new gorgeous face in the world of media and communication, which you can actively see reporting as Fox Nation’s sport, travel, and lifestyle host. Not to miss she’s also the younger daughter of American former professional basketball coach and player Jeff Hornacek. Currently, she’s the On-Air Host on Fox News, which she started in early January 2019, as well as a host of FOX Nation’s “PARK’D,” “Ride to Work,” and “American Arenas” series. If beauty with brains had a face, then it would probably be someone like Abby Hornacek. So, without further ado, let us walk you through all the details to know about the gorgeous reporter.

What Is The Net Worth Collection of Reporter Abby Hornacek?

Abby Hornacek already belongs to a well-established family and enjoys her job at a reputable news channel; what more could a person want at her age. At the moment, her father, Jeff Hornacek, is the assistant coach for the Houston Rockets of the National Basketball Association. Previously he was the head coach for NBA teams like Phoenix Suns and the New York Knicks, garnering himself a staggering net worth collection of $12 million as of 2021.

As for his beautiful and talented daughter, she’s made herself a comfortable bank balance of $1 million as of 2021. According to GlassDoor, an average Fox News reporter’s annual salary is $67,504, ranging from $32 913 to $89,890, depending upon their level of expertise and post.

You may also like: Tony Hinchcliffe’s Net Worth and Career Details

At the time, Abby seems to be having the time of her life traveling to different places due to her work while also enjoying her financial stability. She often indulges in other luxurious products, as shown through her Instagram posts.

Abby Hornacek knew from her early days that journalism is where she wanted to make her career, which is why even after being a sports enthusiast and volleyball player, she chose to major in Broadcast Journalism from the University of Southern California. During her college days, she got exposure to working as an anchor/producer at Trojan Vision Television, a student-operated TV station.

After that, the 26-year-old got herself a huge opportunity to be able to work for Fox Sports San Diego as a production intern, where she assisted various producers and reporters in their live broadcasts and shows. She also worked as the Fox Sports sideline reporter and transitioned from news reporting to become a sports host at the Stadium.

Hornacek has successfully covered The Drone Racing League for two years, from February 2016 to February 2018. Her performance led her to become a host in Fox News back in 2019, and she’s been a constant in the channel ever since.

Abby Hornacek was born on April 25, 1994, in the beautiful Paradise Valley, Arizona, the USA, to her parents Jeff Hornacek and Stacy Hornacek. The lovely lady holds an American nationality and is of Czech descent. Growing up, she shared the bond with two of her siblings, Tyler Hornacek and Ryan Hornacek.

Talking about her relationship, the Fox Nation reporter seems to be totally consumed by her work and her career without giving dating any consideration. As of now, there isn’t any sort of news about Abby’s love life in the media. However, we’ll surely keep you updated as soon as we hear any information on the matter.