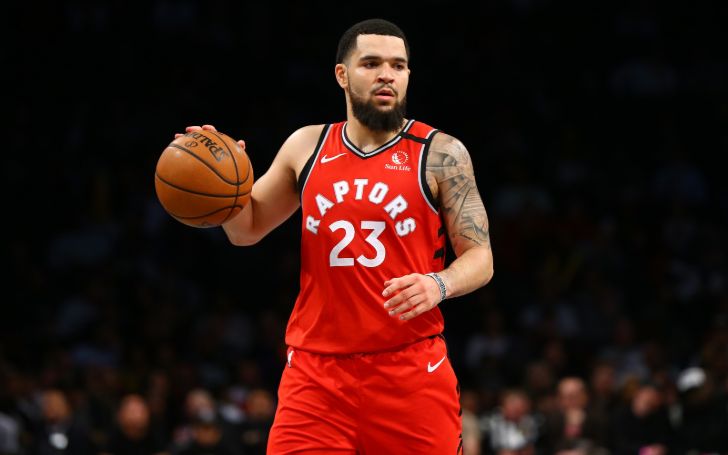 Fredderick Edmund VanVleet Sr. or better yet Fred VanVleet is an American professional basketball player who’s gained prominence as a talented NBA player. At the moment fans might’ve seen him playing for the Toronto Raptors of the NBA. In fact, he’s been one of the key players to lead the Raptors towards success in recent years, especially in the 2019 NBA championship. Although now, the player is in the talks of becoming a free agent. In the read below we’ve brought you all sorts of details on the lifestyle, net worth, love life, and many things to know about the basketball player.

Even from his early days, Fred VanVleet knew that sports are where he sees his career in the future, which is why he focused most of his time on sharpening his skills and talent during his High School days in Rockford, Illinois. At that time he was an  All-State first-team selection by Chicago Sun-Times. Did you know that he even received scholarship offers from, Colorado State, Northern Illinois, Southern Illinois, Drake, Detroit, and Kent State?

You may also like: Learn More About CBS This Morning News Reporter Tony Dokoupil

After completing college, VanVleet wasn’t selected in the 2016 NBA draft due to declining two offers to play in NBA Development League. Later on, he was selected by Toronto Raptors to play in 2016 NBA Summer League and the team won their NBA Championship in 2019.

Fred VanVleet is definitely one of the lucky ones out there who’s managed to gain success professionally along with enjoying a healthy relationship with his family. His family is the ones all through his thick and thins supporting in all his professional endeavors.

Speaking about his love life, sorry to disappoint but the NBA player is happily in a relationship with the love of his life, Shontai Neal. The exact details of their acquaintance are not available over the internet but we do know that the couple shares two adorable kids, Sanaa Marie VanVleet born on January 29, 2018, and Fred VanVleet Jr., born on May 20, 2019. His son was born during the Raptors Eastern Conference Finals series against the Milwaukee Bucks.

Fred’s father Fred Manning was shot dead back in 1999 which is why he himself is quite protective over both of his children. He can be seen constantly showering them with all of his attention and care regardless of his hectic career in his Instagram handle.