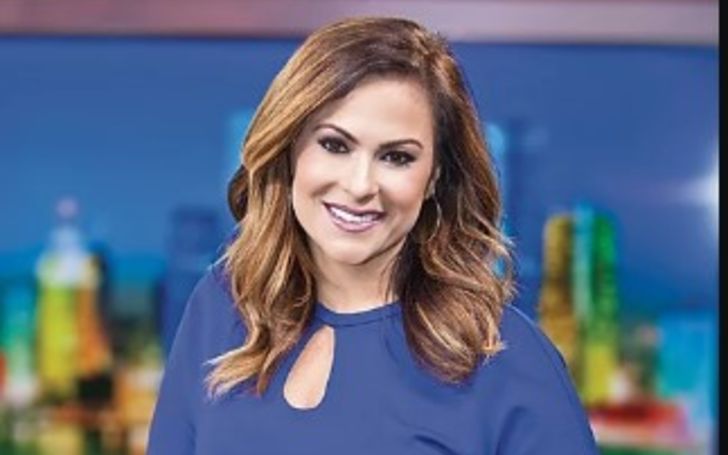 Taryn Asher is a veteran American journalist who, at the moment, is working for FOX 2 Detroit as its anchor and reporter. In her career, she’s worked for Detroit based news channels such as WLNS, WJRT ABC 12. Feel free to get all the information about the talented anchor’s professional and private life.

Who is Taryn Asher’s Husband? Does She Share Any Children?

Taryn Asher is married to her journalist husband, Jason Carr. Her spouse is also a newscaster/anchor and works at Channel 4. For many years, both worked on the same news channel Fox 2 Detroit until Jason moved to Channel 4 in 2016.

Reportedly, Asher first met her hubby while both were working at WJRT-TV in 2000, and after a year of knowing each other, they began dating. Six years later, they married in the gathering of their close ones on October 07, 2007.

On February 26, 2011, the Fox 2 Detroit anchor gave birth to their daughter, Gia Carr. As proud parents, both are fulfilling their responsibilities in raising their child in the best way possible.

In her free time, Taryn loves spending time with her family and friends and often goes to travel to various places. The family is an animal lover and has two dogs, Violet Tickles and Chali Tickles.

Taryn Asher has a net worth of $1 million from her many years of career in journalism. For someone who has been actively working as a reporter and anchor for almost a quarter of a century, she definitely receives a handsome salary.

In her career, Taryn Asher has worked for a few news channels. She worked as a reporter and anchor for WLNS for four years before moving to WJRT ABC 12, where she spent seven years.

Check out the clip of Taryn Asher reporting her work!

At present, she is serving at FOX 2 WJBK, where she has been since 2007. In the Detroit-based news company, she anchors the 11 pm program The Edge with her colleague Huel Perkins.

For her work, she has won four Emmy Awards, five Michigan Association of Broadcasters awards, and one Associated Press award.

Taryn Asher was born in 1975 in Fenton, Michigan, to Joe Asher and Antoinetta Gallo Asher. Likewise, she grew up with her two sisters Amber Asher and Monique Asher. Since she was 8 years old, she dreamt of becoming a broadcast journalist.

For her academics, she studied at St. John Catholic School of Fenton and later went to Powers Catholic High School. Likewise, she at Michigan State University, where she graduated with a degree in Journalism and Political Science in 1997. While at college, she had already begun working as a reporter in WLNS.

Before you go, be sure to visit Featured Biography for more similar articles like you see above!