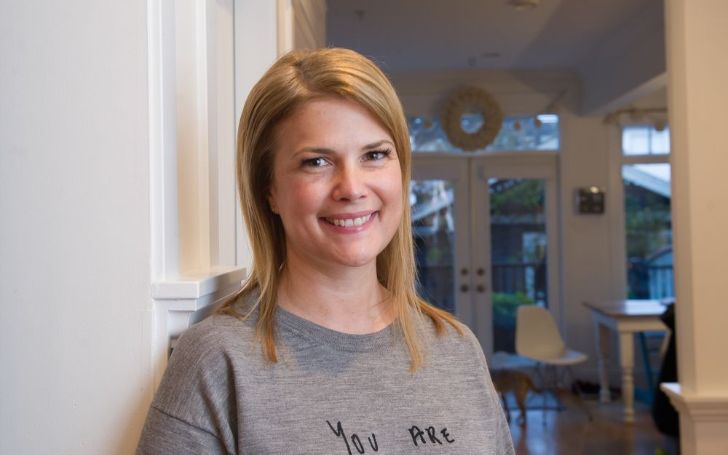 Born on May 2, 1968, Tamara Taggart grew up to become a television personality. She’s a former Canadian television presenter who served as the weekday anchor of CTV News at Six. Previously Taggart hosted that show alongside Mike Killeen; however, both of them were fired from the channel due to restructuring. After that, what is she doing now, is she married, how is she doing in her personal life? Answer to all of those questions will be in this article; thus, stay tuned until the end of this page.

Details on Tamara Taggart’s finances are unknown. However, she’s estimated to hold an outstanding net worth of $750 thousand as of January 2021. How did she succeed in earning a six-figure fortune?

Credits go to Taggart’s years of dedication towards her career. Her career in broadcasting started while she was attending BCIT in Burnaby, British Columbia, where she was enrolled in the Broadcast Communications program from where she graduated in 1991.

Speaking of Taggart’s income, as Information Cradle noted, the veteran anchor might earn somewhere between $33,774 and $112,519 yearly.

The Former Canadian TV Presenter, Taggart Host for a Podcast Series as of Now

Tamara Taggart was a familiar face in the Canadian television industry. She has worked in several broadcasting channels until today. Over the years, she worked as a sportscaster, weatherperson, and host of different shows, including a home renovation show, Love It or Lose It, for two seasons.

Although Taggart was doing fine as a host and reporter, she took a break from that part of her life and decided to invest herself in politics. Her last work in television was in the CTV News at Six. In that show, she showed up alongside Mike Killen; however, they were fired from CTV due to restructuring.

After that, on December 11, 2018, Taggart announced that she was seeking the Liberal nomination for Vancouver Kingsway in the 2019 federal election, on which she managed to secure the nomination, but unfortunately lost the election to the incumbent, Don Davies.

Taggart gaining all of the mentioned experience, began to work as a host again. This time she entered the podcast world. She partnered with TELUS in March of 2020 to launch the weekly podcast called TELUS Talks with Tamara Taggart. On her show, she interviews doctors, healthcare professionals, and prominent Canadians.

Talking more about Taggart’s career records, she also has a history of playing minor roles in several cinematic projects. Some of her work as an actress includes movies like; Antitrust, Josie and the Pussycats, Halloween: Resurrection, and Along Came a Spider. Further, she portrayed numerous characters in several television series, including Robson Arms, Cold Squad, and Touching Evil.

To Whom is Tamara Taggart Married? What About Her Children?

Tamara Taggart is a married woman; she tied the knot with her lover Dave Genn. Professionally, her husband is a Juno award-winning guitarist and record producer.

The love birds shared their vows on February 4, 2006, and since then, they are rejoicing their life together as a perfect married couple.

Recommended: Grab the Net Worth and Career Details of Adrienne Clarkson.

Taggart and Genn expanded their family. The lovely couple welcomed three children into their life; they are parents of a son and two daughters.

The duo first gave birth to their baby boy, Beckett. He was born on August 2, 2007. After him, Taggart, with her spouse, Genn, welcomed their second child, Zoe, on September 24, 2008. After two years of gap, they expanded their family with their youngest baby girl, Poppy, on August 16, 2010.

All of Taggart’s kids are growing up in a favorable environment. They frequently make their way to Taggart’s social posts. Further, while going through the former Canadian TV presenter’s Instagram posts, we realized her son, Beckett, is special. Her baby boy has Down syndrome.

Currently, Tamara Taggart is 52 years old. She celebrates her birthday on May 2 every year.

The former news anchor was born in Vancouver, British Columbia. Unfortunately, the Canadian star hasn’t shared details on her early life, parents, and siblings, because of which it’s impossible as of now to comment anything on those topics.

Regarding her education, Taggart went to BCIT in Burnaby, British Columbia, from where, as we mentioned earlier, she passed out, completing the Broadcast Communications program in 1991.

The Mother of Three, Tamara Taggart Won Over Cancer

Many might not know, but those who follow Tamara Taggart on her Instagram page are pretty updated that she was previously diagnosed with cancer. This terrifying event happened to her nine years ago.

Click To Know: The Career, Net worth, and Personal life of Rosemary Barton.

Explicitly speaking, Taggart was diagnosed with a Gastro-Intestinal Stromal Tumor, a GIST for short. Sources claim it’s rare cancer which affects 15 out of million, usually to senior citizen. Taggart was 42 then.

The mother of three recently shared a picture from the horrible incident. In that photo, we can see her fighting for her life in the ER. According to Taggart, that picture was clicked during her first blood transfusion at VGH.

Luckily, Live! With Regis and Kelly’s host survived the harrowing experience. With proper care and treatment and lots of positive attitudes, Taggart became victorious upon the life-threatening disease.