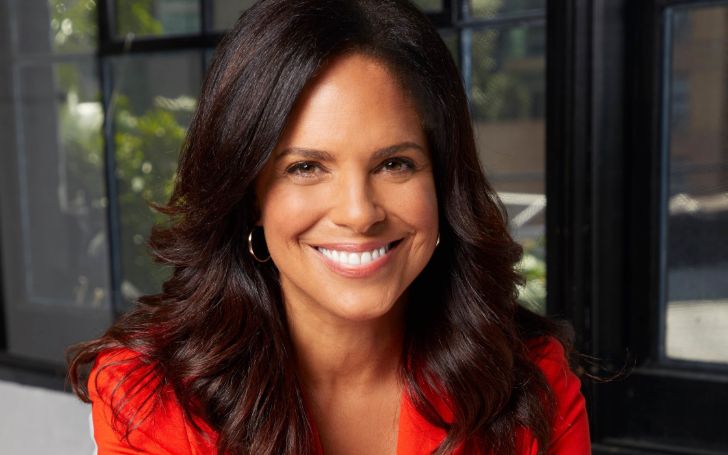 Soledad O’Brien is the epitome of woman empowerment thanks to her immense hardwork from her career in broadcast journalism. She believes in the thought of journalism as a service and adheres to it, which helped her to create a name for herself and earn a living. His introduction would be quite incomplete without mentioning the fact that he is the host for ‘Matter of Fact with Soledad O’Brien’, a nationally syndicated talk show produced by Hearst Television. So, today we bring you close to the early life, net worth, and married life of the charismatic media personality.

When it comes to finances and income, all the challenges and hardships of journalism seems justified. The case is no different from Soledad O’Brien, who owns a staggering net worth of $8 million as of May 2020 is more than enough for the diva to live a lavishing lifestyle. As per her residence, the diva lives at her flashy mansion-like house in Pawling, New Tork.

Talking about the career of Soledad O’Brien, the charismatic diva is best known for serving the co-anchor of CNN’s ‘American Morning’ from 2003 to 2007. Besides, she became the anchor of CNN’s morning news program, ‘Starting Point’ and ‘America Tonight.’ Furthermore, she is currently the host for ‘Matter of Fact with Soledad O’Brien’ and the correspondent on HBO’s ‘Real Sports with Bryant Gumbel.’ In fact, the 53-year-old is the chairwoman of Starfish Media Group, a multi-platform liberal media production company that she founded in 2013.

You May Like: Know the career, net worth, and personal life of Rosemary Barton.

Apart from her regular works, O’Brien also hosted PBS NewsHour Weekend instead of Alison Steward and became the moderator of National Geographic Bee from 2013 to 2016. Thanks to her impressive works, she bagged several journalism awards, including several Emmy awards and a Peabody Award in 2011.

While Soledad O’Brien might be extremely vocal about her professional life, she keeps a low-profile of her romantic life. She is a married woman and will celebrate her twenty-fifth marriage anniversary in 2020. Getting into the details, O’Brien tied the knot with Bradford ‘Brad’ Raymond in 1995. Her husband is the co-head of investment banking at Stifel.

The broadcast journalist and her husband share four children together in their family life. Initially, they welcomed two daughters, Sofia and Cecilia, in October 2000 and March 2002, respectively. Later, the pair also gave birth to twin sons, Charles and Jackson, in August 2004.

Talking about the background of Soledad O’Brien, she was born and raised in St. James, New York, on the North Shore of Long Island. In fact, she was born to father Edward Ephrem O’ Brien, a mechanical engineering professor and a French teacher mother, Estele O’Brien. Surprisingly, both of her parents were immigrants and met as students at Johns Hopkins University in Baltimore, Maryland. As per siblings, she has five siblings, including Maria Hylton, Cacilia Vega, Tony O’Brien, Estele Ogiste, and Orestes O’Brien.

For her education, O’Brien completed her high school from Smithtown High School East in 1984. Similarly, she went to Radcliffe College from 1984 to 1988 to study pre-med and English literature. However, she dropped out because of her ambitions to work as a journalist at WBZ-TV. Interestingly, she went back to study when she was pregnant with her first child and acquired her degree from Harvard in English and American Literature in 2000.

Also See: The Net Worth and Career of Katie Couric.