Skip to content
Home » Entertainment » Does Squid Game Actress Hoyeon Jung Have A Boyfriend? Who is Her Beau?

Does Squid Game Actress Hoyeon Jung Have A Boyfriend? Who is Her Beau? 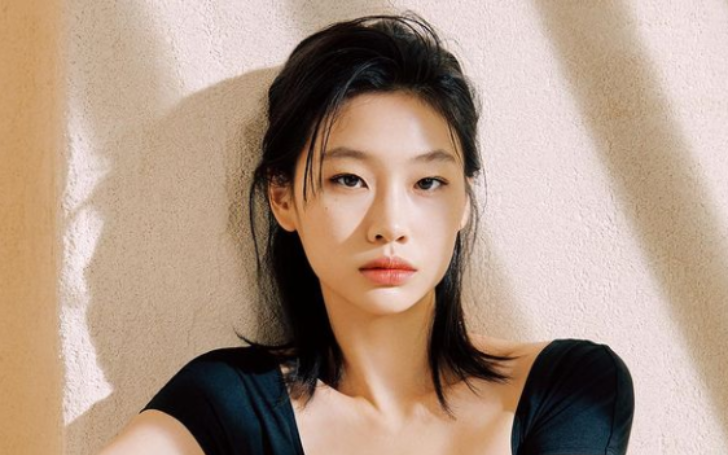 Hoyeon Jung is a famous South Korean model and actor. Vogue named her Korea’s Next Top Model, and she has walked the runways for Chanel, Fendi, and Louis Vuitton. Models.com called her one of the world’s top 50 fashion models. She is well known for her role as Kang Sae-byeok in the squid game.

The artist began her modeling career independently, establishing herself during Seoul Fashion Week before signing with ESteem Models and appearing on Korea’s Next Top Model for public awareness. After winning Korea’s Next Top Model, she was featured in Vogue Girl Korea, Nylon Korea, and ELLE Wedding. Scroll down to learn more about her.

Hoyeon Jung’s Relationship Status. Who Is She Dating?

Hoyeon Jung is rumored to be in a nice and healthy relationship with fellow artist and actor Lee Dong-hwi, whom she started seeing in 2015. Lee’s label allegedly confirmed their involvement, and it was later revealed that the couple did not wish to hide their love and affection since they are free spirits who prefer to keep things open.

According to insiders, they went public only after overcoming problems such as their continuous responsibilities in Hollywood and their age difference. Lee was born on July 22, 1985, nine years before his girlfriend, born in 1994. HoYeon and Lee are known as the “fashionista pair” because of their innovative sense of style and broad work in the industry.

Lee’s role as Ryu Dong-ryong in the blockbuster K-Drama series “Reply 1988” helped him make a name for himself. He also features in films such as ‘The Handmaiden,’ ‘Veteran,’ ‘Confidential Assignment,’ and ‘New Trial.’

Hoyeon Jung took to Instagram on September 26 to show off the tremendous support she received from her best buddy. Hoyeon is shown on the iconic Squid Game stage wearing her Player 067 green and white tracksuit attire. The actor is beaming as she sits next to BLACKPINK’s Jennie, both of whom are holding a peace sign. Some fans may be surprised by the duo’s friendship, but it goes much deeper than that.

When development on Squid Game began in mid-2020, Jennie sent a coffee truck to Ho Yeon to assist her. Their friendship was brought to light when eagle-eyed BLINKs noticed Jennie’s name in the closing credits of Squid Game. After recalling that Netflix had also given her the scary Red Light, Green Light toy, they made the connection.