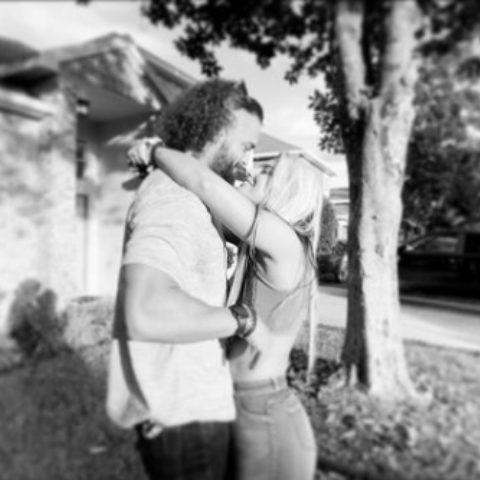 Because being a professional wrestler is a time-consuming occupation, so seeing wrestlers pair up and marry their coworkers is standard and unsurprising. WWE’s Toni Storm and New Japan’s Juice Robinson are the most recent pro wrestlers to announce their engagements. Storm revealed the news on Instagram, where she shared photos of Robinson proposing.

“Open the bottle of champagne.” Storm wrote in the caption to the photos, “I’m changing my last name.” The first photo shows Robinson getting down on one knee, followed by the two hugging after Storm said yes, and finally a picture of the ring to give fans a better look. But don’t worry about Storm’s ring name changing.

Robinson and Storm have been dating for quite some time. Their relationship status, however, was not confirmed until the summer of 2020. The Mae Young Classic champion revealed that the two of them had been dating after Bea Priestley, who is now NXT UK’s Blair Davenport, posted photos of them together on social media. Storm and Davenport are very close.

WWE appeared to be experimenting with the idea of putting Storm in a romantic angle on SmackDown. Not with Robinson, who is under contract with New Japan, but with Dolph Ziggler. While flirting with Storm backstage, Ziggler asked her to accompany him to the ring. He was shot down by the former NXT UK Women’s Champion, who revealed that she would be rooting for Rick Boogs.

Storm was called up to SmackDown over the summer but has yet to make an impact. She has only wrestled two matches since being called up, both of which she has won. Hopefully, the draft, which begins tonight, will give her career a new lease on life whether it’s on SmackDown, where she’s currently based, or via a move to Raw tonight or on Monday when the draft concludes.