A mother of 3 sons and a supportive partner to her husband but side by side, she has not stopped in her career; such an inspirational figure Khadeen Ellis to all the women. Here are the details about her relationship status, net worth, and early life. 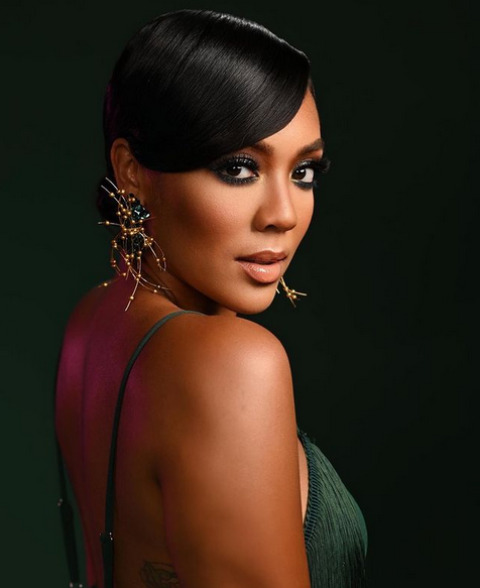 The couple tied the knot on July 4, 2010. They have four children together: Jackson, Kairo, and Kaz. Their eldest son Jackson was born in 2011, their second son Kairo in 2016, and their third son Kaz in 2017. Khadeen is pregnant with the couple’s fourth child. The two announced their fourth pregnancy news on June 21, 2021.

Khadeen Ellis Net Worth and Career

Khadeen Ellis is an actress, podcaster, and YouTuber. She is known for her roles in A Piece of Me: An Everyday Story, Makeup X Breakup, and The Business of Christmas. In 2017, the now 37-year-old made her Television debut with the documentary series Black Love.

Along with her husband, the mother of three co-hosts their Webby award-winning podcast ‘Dead Ass.’ They discuss love, marriage, parenting, and everything in between from a millennial perspective it. When their podcast launched, it hit #5 on the Apple charts on the first day and has remained in the top 10.

Khadeen has been featured in national commercials for JCPenny, and American Express and, as a content creator, has partnered with brands such as Fabletics, Hello Fresh, Honest Co., Savage x Fenty and more. She is also the Assistant Retail Manager at MAC Cosmetics.

The actress co-runs a YouTube channel along with her husband, namely ‘The Ellises‘, in which they share family vlogs and skits. She also has her own Youtube channel. Ellis is also very active on her social media profiles. She has over 930k followers on her Instagram account. As for her net wealth, the actress has not revealed it yet, but according to the sources, she has an estimated net worth of $300,000.

Khadeen Ellis was born on December 5, 1983, in the United States. She was brought up in an African-American family. Her parents immigrated to the US from the Caribbean. Ellis has not revealed the identity of her parents and has never shared anything about her parents and siblings.

As for her academic qualifications, the now 37-year-old attended Hofstra University‘s School of Communication and graduated with a Bachelors in Broadcast Journalism. She later did her further studies and did a Master’s in Speech Communication, Rhetorical Studies, and Performance. Growing up, the YouTuber’s parents always emphasized the importance of property ownership to her.