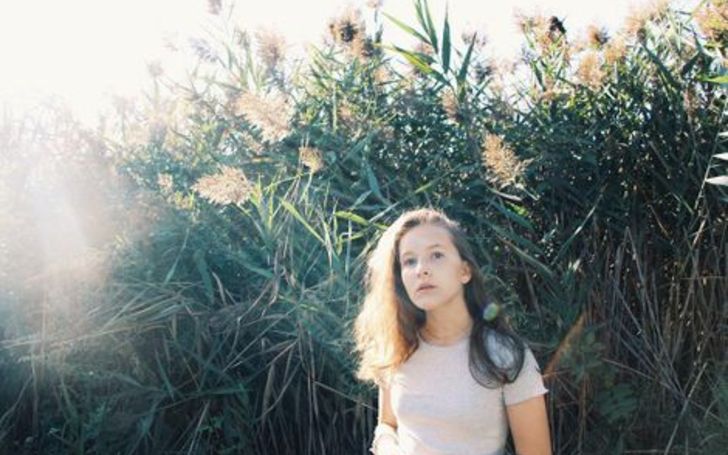 Teenage actress Sophia Gennusa has been few female young stars who has successfully captured people’s attention toward her. Famous for her work in Matilda The Musical and The Enemy Within, her works has been praised by both actors and audience. If you want to learn more about the young starlet be our guest!

So far, Sophia Gennusa has a net worth of $900,000 from her career in the acting field. This is just the beginning for her and in due time her wealth is sure to increase.

Among the acting credits she holds in her career so far, her most famous has to be in the theatre play of Matilda The Musical in which she played the main character Matilda Wormwood. Likewise, she was one of four girls, Oona Laurence, Bailey Ryon, and Milly Shapiro who rotated to play the main role. For her impressive performance, she even won Tony Honors for Excellence in Theatre Awards.

Check out the clip of Sophia Gennusa playing Matilda in teh Matilda The Musical!

On television series, the 16-year-old portrayed the recurring character of Hannah Shepherd in the series The Enemy Within. On it, she worked alongside Jennifer Carpenter, Morris Chestnut, Raza Jaffrey, and many others.

How is Sophia Gennusa’s Personal Life Going on?

In a few years, Sophia Gennusa has done an impressive job of making fanbase around the globe. At just 16, it is a feat not anyone can do.

The Limitless star spends her time in the company of her family, friends, and close ones. Other times she remains occupied with her acting on set.

The starlet is not in a relationship and is single. She seems to be relishing her life with her close ones and not thrilled to be in lovey-dovey for the time being.

The 1.60 meters tall lady made her acting debut in an episode of television series “The Princess Diary: Backstage at Cinderella with Laura Osnes” in 2013.

Gennusa also sang a song titled Naughty in the Matilda The Musical. Besides being a good actor and singer, she is also a good dancer and performed on theatre in The Nutcracker at Purchase Conservatory College on a number of occasions.