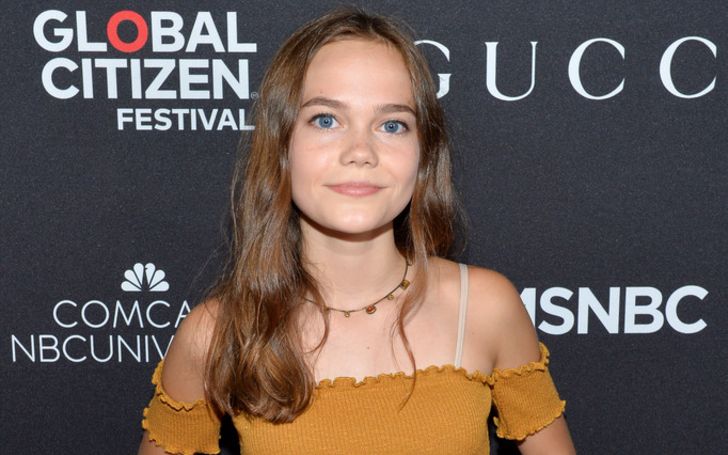 If given a chance, young people can surprise everyone, and this saying has been true in actress Oona Laurence’s case. This American teen has been enthralling people with her immaculate acting abilities. Be it stage, television, or big screen; you name it; she’s done it all. Her performance in Pete’s Dragon, Summer Camp Island, Matilda the Musical has won her many fans.

The teenager is extremely busy with her professional life, which gives her little time to do anything else. Still, she manages time to spend it with her family and friends.

The award-winning actress is active on Instagram and Snapchat and posts pictures and videos of her activities on those.

At only 17 years of age, love does not seem to have risen on her life yet. At the same time, the 1.63 meters tall starlet is too keen about it. Maybe a bit young for that anyway right now!

In spite of only a few years since her debut, Oona Laurence has impressed everyone with her acting skills. She possesses a net worth of $1 million.

In 2012, the young lady auditioned for the musical Matilda on Broadway. Eventually, she succeeded in getting the lead role of Matilda and performed on stage from March 04, 2013, to December 15, 2013.

Check out the clip of Oona Laurence’s portrayal as Matilda in the theatre musical Matilda!

Oona won the Tony Honors for Excellence in Theatre awards for her performance. Similarly, she was also nominated for several other awards. The show’s success meant a lot to her as it opened doors of opportunities for her.

Laurence got the opportunity to act in the movie Pete’s Dragon (2016). In the fantasy adventure film, she worked with Bryce Dallas Howard, Okes Fegley, Wes Bentley, Karl Urban, and Robert Redford.

For her portrayal as Natalie, she even won the Young Artist Award in 2017. Besides it, she is famous for voicing Hedgehog in the Summer Camp Island.

Early Life And Beginning of Career

Oona Laurence was born on August 01, 2002, in New York City, New York, United States. She has two siblings, one older sister Aimee Laurence and a younger sister Jete Laurence. Both of her sisters are also actresses. Guess acting is in their genes!

The young lady started her acting career when she appeared in the short movie Days Dance in 2009. Her first television appearance was in Celebrity Ghost Stories in 2011.

Oona loves Italian food but is not a fan of mushrooms. Her favorite movie growing up was Mean Girls.

To read more similar celebrity articles, be sure to come to the website Featured Biography!