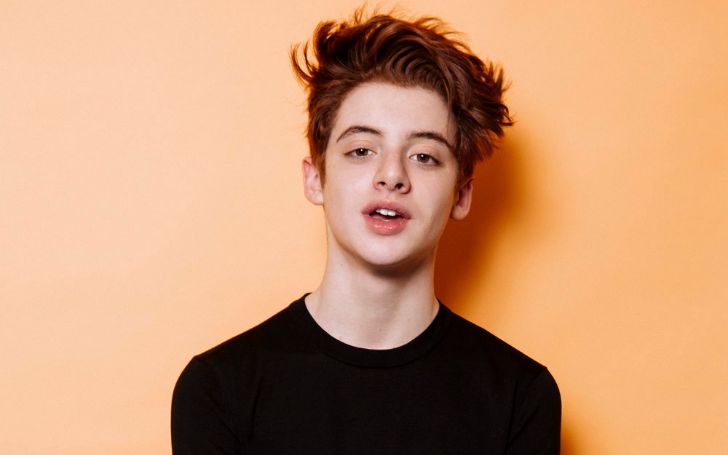 There is a popular idiom “the early bird catches the worm,” which interprets as the one who takes opportunity early will have the advantage over others. Actor Thomas Barbusca perfectly suits the phrase who began acting at a tender age of four. Right now, he is one of the rising and talented young actors in the American film industry who is well known for The Mick, Middle School: The Worst Years of My Life, and Wet Hot American Summer: First Day of Camp.

Is Thomas Barbusca Dating Anyone?

Through his versatile acting ability, Thomas Barbusca has been winning hearts all over the world. Not surprisingly, most of his fan base consists of ladies.

Besides possessing a exceptional acting ability, Schooled star is also a good looking young man. But it seems he is not into love right now and is single. You can be sure he will have someone in the coming days!

As one of the in-demand young actors, Barbusca is usually busy with his acting works, But in the free time, he likes to spend his time with his family and friends. He also loves playing basketball and traveling to new places.

Thomas Barbusca has done a remarkable job in a short time in the acting field. Therefore, he has an accumulated net worth of $1 million.

In only eight years, he has featured on many small and big screens. Most notably, the audience knows him through his performance in The Mick, in which he played one of the lead characters as Chip Pemberton. Likewise, in the two-season American sitcom series, he worked with Kaitlin Olson, Sofia Black-D’Elia, Carla Jimenez, jack Santon, and Scott MacArthur.

Check out the clip of Thomas Barbusca starred series The Mick!

On the big screen, Barbusca is most famous for his role as Leonardo Khatchadorian in Middle School: The Worst Years of My Life. Other actors like Griffin Gluck, Lauren Graham, Rob Riggle, Isabela Moner, Andy Daly, also starred in the 2016 comedy film.

Thomas Barbusca was born on March 03, 2003, in Toms River, New Jersey, United States. He has an older sister, Brielle Barbusca, who is also an actress known for Big Time Adolescence and The Starter Wife. The young star says, his ancestry is 100% Italian.

The 1.68 meters tall actor was only four years old when he began acting, which was for a Lysol commercial. His first on-screen appearance was in the television series Conan in 2012.

In an interview, The America Horror Story star told in acting; he looks upto Leo DiCaprio and Robert De Niro for acting.