Sharon Osbourne is a famous television personality, author, and entertainment manager. She is well-known as the wife of singer-songwriter Ozzy Osbourne. Click here to know more details about her career, lifestyle, and married life. 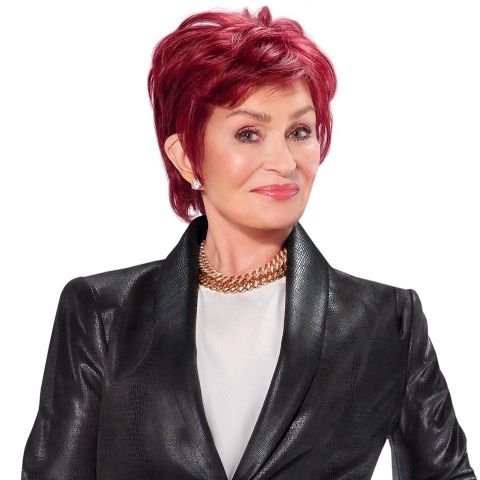 Sharon Osbourne’s Whopping Net Worth As of 2021

Sharon Osbourne is a British-American television personality, entertainment manager, and author well-recognized as the wife of heavy metal singer-songwriter Ozzy Osbourne. She is popular for serving as a judge on “The X factor” and her autobiography, “Extreme.” Moreover, she appeared in many other shows where she’s managed to make a magnificent amount of bank balance for herself.

Let’s talk about Sharon’s richness. Is she a millionaire or not? Well, she is a multi-millionaire. According to celebrity net worth, Sharon is estimated to amass an impressive net wealth of $220 million with a salary of $2 million per annum as of 2021. However, she collected such a huge fortune from her successful career in media and communication.

In addition, Television star Sharon created Ozzfest in 1996. By 2007, the ticket price had reached $150, equating to a gross of over $20 million per year from that point on. Similarly, she was paid almost $12 million for her role in The Osbournes, the reality show.

The-68-year-old began her career as a manager of Ozzy Osbourne at the age of 27. She helped Osbourne to launch his solo career. Later, Sharon organized the recording of Ozzy’s first solo album, Blizzard of Ozz. The album got a huge success and sold over 6 million copies till now. Moreover, she also managed the entire band with Ozzy’s next album, Diary of Madman. However, two members of the crew were fired after complaining about their salary.

Click Here to Know: About Jourdan Dunn’s Award and Net Worth.

Unfortunately, the lead guitarist and a driving force behind Ozzy’s successful career died in a horrific plane crash while the band was touring. After that incident, Sharon continued to manage Ozzy’s career herself. She fired many members of the crew without any reason. Nevertheless, Ozzy has released 12 albums till now with the management of Sharon.

Besides her professional life in Ozzy’s musical success, she wasn’t a major celebrity until the reality shows The Osbournes release. The MTV show started in 2002 and suddenly made Sharon a well-known figure in entertainment. Sadly, the show was closed in 2005 due to Sharon’s battle with cancer. She also hosted her show, The Sharon Osbourne Show, in 2003. Due to some controversial moments, the program was canceled in 2004. But she was given another chance at a talk show with ITV’s The Sharon Osbourne Show in 2006.

Furthermore, Sharon also appeared as a judge and a mentor in Britain’s talent show, X-Factor. She worked on the show from 2004 to 2007 and returned to the show many times after her initial exit. Additionally, she also appeared as a judge on the second season of America’s Got Talent and continued in her role until the seventh season. Similarly, the host was placed third in The Celebrity Apprentice in 2010 and was also selected as a co-host for The Talk, a female-focused show that focuses on motherhood.

Talking about Sharon’s relationship status. Well, she is a married woman. She is happily married to a famous singer Ozzy Osbourne. The couple tied a knot on July 4, 1982, in Hawaii. Moreover, Sharon began dating Ozzy after she started managing his solo career. However, she had known him previously since the age of 18. The pair is blessed with three children. They welcomed their first child named Aimee Rachel Osbourne, born in 1983, then Sharon gave birth to Kelly Osbourne in 1984. Jack Osbourne is their last child now, who is born in 1985.

Further, her daughter Animee Rachel is an English actress and singer who is now 37-years-old. She isn’t married yet. Also, her second daughter Kelly is an English television personality, actress, singer, model, and fashion designer who is now 36-years-old. Moreover, their son Jack is an English media personality with dual American and British citizenship who is now 35-years-old. He married Lisa Stelly in 2012 and separated in 2018. In addition, Andy Tose Osburne, Pearl Osbourne, and Minnie Theodora Osbourne are the grand-children of Sharon.

Although the duo stayed together, they experienced troubles in their early days, struggling with substance abuse and engaging in intense fights. Similarly, Ozzy was arrested after trying to strangle Sharon while under the influence of illicit substances in 1989. So, he spent several months in mental health facility after the incident. Besides their personal problems, the Osbournes were a successful business team. Sharon helped Ozzy a lot to build up his career.

Sharon Rachel Levy was born on October 9, 1952, in Brixton, London. She holds an American nationality and belongs to the Judaism religion. Likely, she was the daughter of Don Arden, a music promoter and a pioneer in the British rock and roll scene. Her mother’s name is Hope Shaw. Moreover, she has a sibling named David Arden, the author of “Creative Music-Making at the Piano.” David is 71-years-old as of 2021.

Likewise, Osbourne revealed she was surrounded by violence during her childhood and her father threatening to brandish a firearm. She was pregnant at the age of 17, but her mother influenced her to have an abortion which Sharon has described as the biggest mistake in her life.

Businesswoman Sharon attended her education from Italia Conti Academy of Theatre Arts Ltd. in London. However, there are no details of where she received her primary and high school education.