Jourdan Dunn is an award-winning English supermodel and actress. Jourdan Dunn is well-known for being twice on Forbes' list of the highest-paid models. In addition, she is the face of Maybelline New York. More details about the talented supermodel can be found by clicking here. 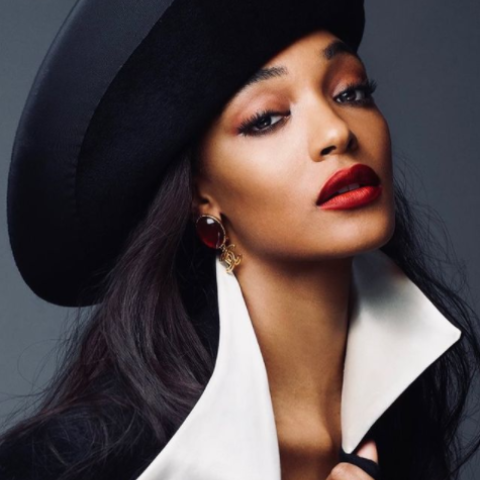 Jourdan Dunn was born on August 3, 1990, under the sign of Leo. Her birthplace is London, England, United Kingdom, and Rodney Alveranga and Dee Dunn are her parents. In terms of siblings, she has two brothers, Kain Dunn and Antione Dunn. Jourdan’s country of origin is the United Kingdom. Likewise, she is of Jamaican, Grenadian, and Syrian descent.

Dunn was self-conscious about herself much of the time when she was a teen. She also said that people used to tell her that she might be a model in the future regularly. According to her, she has been greatly influenced by shows such as America’s Next Top Model.

Elthorne Park High School is where the fashion model finished her high school education. Hanwell is the location of the school. A Storm Management agent scouted her, and Hammersmith Primark was the name of the agent. This occurred in early 2006 when she was accompanying a friend to a London Primark.

Jourdan Dunn’s Award and Net Worth

Jourdan Dunn has won several awards as one of the most influential British supermodels. In 2015, she was honored with the Glamour Award for Inspiration. In the same year, Dunn was named Model of the Year at the British Fashion Awards for the second time.

Surprisingly, Dunn secured the Elle Style Awards’ Style Influencer of the Year Award in 2016. In 2017, she won the Glamour Awards for Entrepreneur. The 30-Year-old previously won the British Fashion Awards of the Year in 2008, and in 2013, she also received the Harper’s Bazaar Women of the Year Model of the Year Awards.

According to some reports, The Supermodel has a net worth of nearly $13 million. According to the most recent information, she is one of the world’s highest-paid models. Her annual compensation, on the other hand, is estimated to be more than $3 million.

Jourdan Dunn made her debut in New York shows after signing with Storm Model Management. The exhibits included Marc Jacobs, Polo Ralph Lauren, and others. It took her a very short time to rise to fae within the industry. She could become the first black model to walk the Prada runway in more than a decade.

The supermodel has also appeared in Burberry, Calvin Klein, Balmain, Pepe Jeans, Yves Saint Laurent, Tommy Hilfiger, Topshop, and others. She has had a good career and is now one of the most well-known supermodels in the world. Dunn is regarded as an icon as well as an inspiration to many aspiring models.

Jourdan has walked the runways for Burberry, Off-White, and Balmain in 2018 and 2019. She is also represented by Women Management in New York, Paris, Milan, and Traffic Models in Barcelona. Similarly, Dann marched in the closing ceremony of the 2012 Summer Olympics with a British fashion model named Naomi Campbell.

In addition, she appeared in the prestigious Victoria’s Secret Fashion Show for three years(2012 – 2014) and her other ads include Solid & Striped, Theirry Mugler, and Brandon Maxwell.

Jourdan Dunn has had several previous relationships. In 2006, she was in a relationship with Jordan Cummings while she was in her adolescence. Even though she was still a teenager, the couple gave birth to a son called Riley Dunn.

Cummings was later arrested for cocaine possession and after five years together, their relationship came to an end as a result of this. Jourdan has raised her son as a single mother with great bravery.

The stunning model later started dating Daniel Sturridge from 2013 to 2014. In 2015, she began dating Younes Bendjima. Unfortunately, the pair split up in 2016 after dating for a year.

Jourdan Dunn is currently involved in a relationship with Dion Hamilton, who is her fiancée. Dion is a rapper and a businessman from the United Kingdom. Dunn’s relationship status became public when she posted a photo with Dion with the caption “Life Partner” on January 1, 2020. In the picture, she also shows off her engagement ring.