Erin Isabelle Burnett is a CNN news anchor who presently hosts Erin Burnett OutFront. She previously worked for CNBC as the co-host of Squawk on the Street and the host of Street Signs. Find out more about her below. 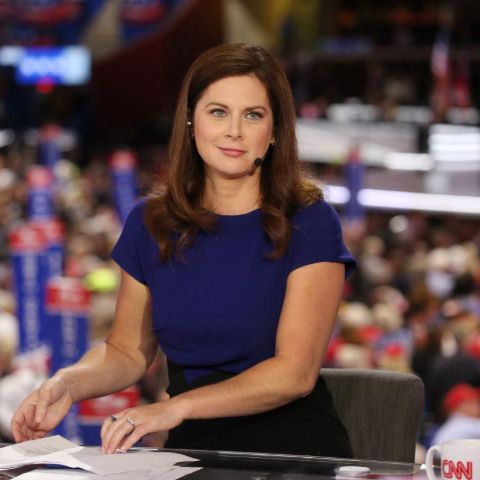 Erin Isabelle Burnett is a $20 million American news anchor. Burnett’s compensation at CNN is $6 million per year. She began her professional career in the mergers and acquisitions section of Goldman Sachs. Erin was afterward offered a job on CNN, where she worked as a writer and cast guest analyst for the show “Moneyline.”

The anchor and her family live in New York City in a two-bedroom, two-and-a-half-bathroom apartment. The house has a breakfast bar, a marble bath, and hardwood floors, and the complex has a fitness center and a swimming pool. Burnett’s flat was listed for rent for $13,200 per month when it was on the market.

Guo Wengui, a Chinese millionaire and fugitive, filed a lawsuit against Burnett and WarnerMedia in 2019 for $50 million after Erin referred to him as a spy on the July 23, 2019, episode of “Erin Burnett OutFront.”

CNN approached Erin about being a writer and booker for “Moneyline,” which starred Lou Dobbs, Willow Bay, and Stuart Varney. She departed the show to become the vice president of CitiMedia, Citigroup’s digital media division. Burnett left Citigroup to work as an anchor and Stocks Editor for Bloomberg Television. From 2005 until 2011, she hosted the CNBC business program “Street Signs” and co-anchored “Squawk on the Street” live at the New York Stock Exchange with Mark Haines.

The writer departed CNBC in May 2011 to headline the prime-time news show “Erin Burnett OutFront” for CNN a few months later. Burnett is also CNN’s Chief Business and Economics Correspondent, and she moderated the Democratic Presidential Primary Debate in 2020 and Town Halls with Joe Biden and Kamala Harris.

The 44-year-old married her spouse in December of 2012. She donned a crimson wedding gown to her wedding, which took place at New York City’s City Hall. She wore a gold, floor-length beaded dress by Carmen Marc Valvo couture to the reception.

On July 2, 1976, Erin Burnett was born in Mardela Springs, Maryland, and reared in Delaware with her mother Esther, father Kenneth, and older sisters Mara and Laurie. She attended the boarding school St. Andrew’s School.

The show host attended Williams College in Massachusetts after graduating in 1994, where she played field hockey and lacrosse and studied economics and political science. In 1998, Burnett got a Bachelor of Arts in political economy.