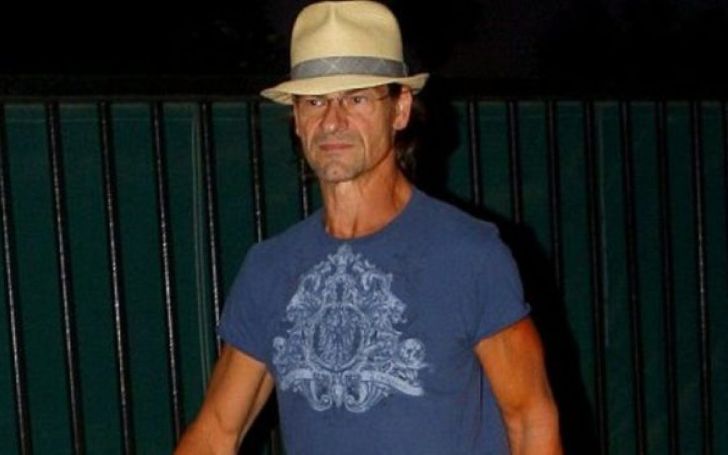 Sean Kyle Swayze‘s brother Patrick Swayze lost his life on September 14, 2009, at the young age of 57. Despite his death, his legacy lives on, and much of the responsibility goes to his younger brother. In fact, Sean was the youngest in the whole family. He shared his bloodline with his older sister, Vickie, who died in 1994 and another elder brother, Don Swayze.

Born in 1962 at Houston, Texas, he was the youngest children of mother Patsy Swayze and father Jesse Wayne Swayze. Talent runs in the family as his mother used to be a renowned choreographer, dance instructor, and a professional dancer. On the other hand, his father was an engineering draftsman. Besides, he spent his childhood with sister Bambi Swayze, the adopted daughter in the family.

Also See: The Net Worth and Married Life of British actor Royce Pierreson.

Patrick’s youngest brother, Swan Kyle Swayze, spent most of his childhood in Houston itself. Regarding academics, he went to the St. Rose of Lima Catholic School and Oak Forest Elementary School. Later, he pursued his education at the Black Middle School. As a child, he used to play football very often.

Unlike his brother, Sean Kyle Swayze wasn’t mainly involved in the glamour world. Consequently, he lived a lowkey life away from all the media hype. However, he came in the picture after his brother Patrick Swayze passed away in 2009. Surprisingly, he faced a conflict of interest with his brother’s longtime wife, Lisa Niemi, who also happened to be a popular actress.

Niemi used to be married to Patrick for 34 years before he passed away from cancer. Following the death of the ‘Green Dragon’ actor, she turned on the Swayze family and told how they abused her in the past. Especially, the celebrity wife directed the criticism at Patrick’s mother as abusive towards children which got the younger brother angry. Thus, he involved in the controversy and denied his mother’s behavior. Furthermore, he defended his mom and said that sometimes, a mother getting mad at her children is entirely reasonable.

You May Like: Get to know all about former Disney actor Taj Monroe Tallarico.

The conflict of interest between Niemi and Sean Kyle Swayze just got bigger as she started selling all of Patrick’s property. Later, the diva moved on and married Albert DePrisco on May 25, 2014.

As a younger brother of the late Patrick Swayze, Sean never had to worry much about the family finances. Interestingly, he did follow his brother’s footsteps in his early days as he acted in a few movies. In fact, he featured in ‘Lost in the Woods’and ‘The 4th Stage.’ Likewise, he appeared in ‘Sam and Cat’ alongside the gorgeous Ariana Grande. Apart from these movies, he never appeared on the big screen.

Sean prefers to keep both his personal and professional life private. So, that is the reason why his net worth figure isn’t disclosed yet. His late brother, Patrick Swayze, meanwhile owned a whopping net value of $40 million from his immense contribution as a top actor and singer.