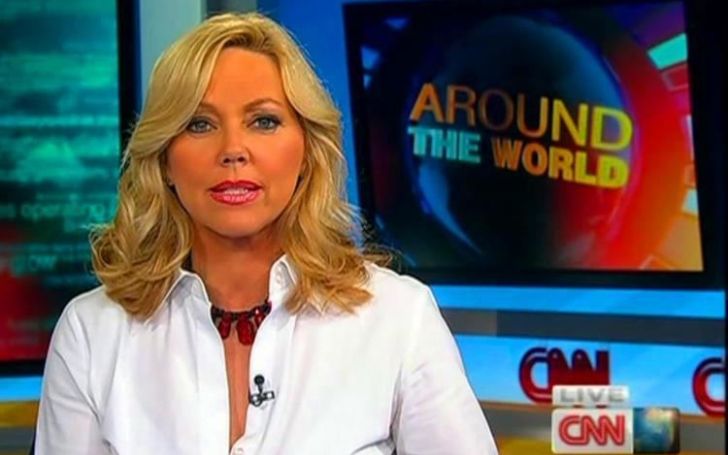 Rosemary Church is the perfect example of an empowered woman who worked her way to the journalism sector. Her introduction would be incomplete without mentioning her current job as an anchor at CNN International News. The 57-year-old remains the face of news in the 2-4 a.m ET edition of the CNN Newsroom. With her two-decades-long experience in the journalism sector, Church not just amassed a massive net worth but also rose to global prominence. So, today we bring you close to the personal life, net worth, and career details of the Irish journalist.

Rosemary Church has been working at the CNN network for twenty-two years now, and that has undoubtedly paid him well. The 57-year-old journalist previously served as the correspondent for the network before climbing up the ladder and anchoring the news. Specifically, she amasses a staggering net worth of $1 million as of June 2020. Thus, with a millionaire status to her name, the 57-year-old enjoys a lavishing life around all sorts of modern-day amenities.

According to estimates, Rosemary Church earns far more than $44,618, which happens to be the average salary for a reporter at CNN in the United States. For the Irish journalist’s experience level, her pay is most likely in six-digits, which helps her to afford a proper life. Despite such massive net worth, Church continues to remain dedicated to her job and looks far from tired to retire just yet.

Rosemary Church’s journey at CNN International began when she signed for the network in August 1998. Initially, she served as an anchor on World News, based in Atlanta’s headquarters. Over the years, she covered many intriguing stories across the nation as a correspondent and currently anchors the 2-4 a.m. ET edition of CNN Newsroom.

Thanks to her impressive performances during the coverage of Hong Kong handover to China, Church bagged the New York Festival’s TV programming award. Before joining CNN, she acquired vital experience from presenting weekend news on Network Ten and worked five years in Canberra for the National Media Liaison Service.

You May Like: Jonathan Vigliotti’s net worth and career details.

Church also worked at ABC News’s international arm, Australia Television as a senior anchor. Interestingly, she reported on the program ‘Foreign Correspondent’ and anchored the evening news in Tasmania. Furthermore, she even hosted a radio show ‘Chuch on Sunday’ on the 2SSS-FM in the late 1980s.

While Rosemary Church remains vocal about her career, she remains extremely dedicated when it comes to her love life and personal life. As per reports, she is a married woman. In fact, Church tied the knot with a long-time boyfriend Patrick O’Byrne in 1995. Interestingly, her husband happens to be an Associate Professor in the School of Nursing.

Talking about the background of the diva, Church was born on November 10, 1962, in Belfast, Northern Ireland. Although she prefers to keep her family details to herself, she did live in England and Australia in the past. As per education, she graduated with a Bachelor of Arts degree from the Australian National University in Canberra. Similarly, she completed her graduate studies in Media and Law as well.

One thought on “Rosemary Church”