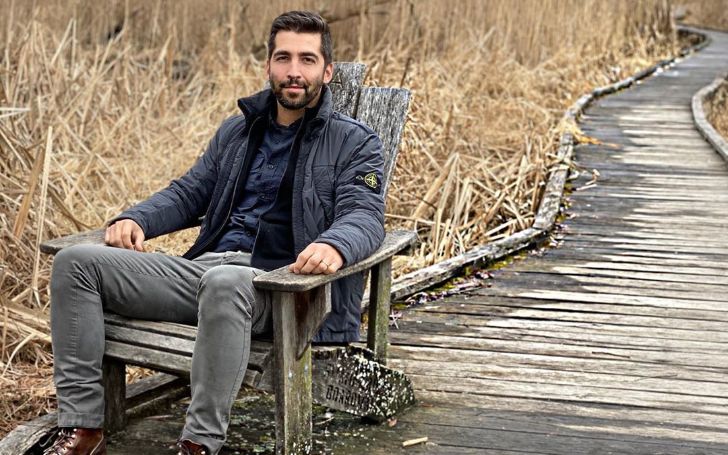 The sole aim of journalism is service, and Jonathan Vigliotti is someone who entirely dedicates himself to it. His introduction would be incomplete without mentioning him as an Emmy Award-winning CBS correspondent based in New York City. Reporting real-time news can be challenging for many, but the American journalist makes the task look like a cakewalk. With a decade-long career, he not just rose to global fame but also amassed a colossal net worth. So, today we take you close to his net worth, career, and personal life.

With over a decade-long experience, Jonathan Vigliotti has nothing to worry about when it comes to his finances. Specifically, he amasses a whopping net worth of $500,000 as of 2020. The primary source of Vigliotti’s massive bank balance is undoubtedly his career in CBS news. With age still by his side, the day isn’t far when his net worth will touch the $1 million mark.

Talking about Vigliotti’s earnings, the hardships of reporting news as a correspondent does pay quite a significant sum in response. As per estimates, je earns around $102,548 per year, which happens to be the average salary of a CBS News correspondent. Thus, thanks to such a vast fortune figure, he enjoys a lavishing lifestyle.

Jonathan Vigliotti’s Career As A Journalist

Jonathan Vigliotti’s career in CBS began when he signed for the network in May 2015. Ever since he has been a correspondent for the media house based in Los Angeles. You could explore his reports in the CBS news programs, and affiliate service Newspath. Before joining CBS News, Jonathan worked for KJCT-TV (ABC) in Grand Junction, Colorado, WTMJ, and WNBC in New York City. Furthermore, he was also a contributor for Current TV, the New York Times’ Travel Section, and the Pulitzer Center on Crisis Reporting.

Over his career, Vigliotti covered several stories, including the Haiti earthquake, Hurricane Sandy, the Newtown school shooting, and the Boston Marathon bombing. Similarly, he also reported on the Paris terrorist attack and the ongoing search of MH370. Previously, he started his career in radio, where he reported for WFUV and NPR in New York.

Related: The Net Worth, Career and Personal Life of Susan Zirinsky.

Kudos to his immense hardwork in reporting, he bagged several awards, including one national Emmy award and six regional Emmy awards. Besides that, he won two Edward R. Murrow awards and three Associated Press awards.

While Jonathan Vigliotti might be vocal about his career and professional accolades, he is relatively private when it comes to his romantic life. Interestingly, he is a married man who found his soulmate just a few years ago. He tied the knot with longtime girlfriend Ivan Carrillo in 2017 in an intimate wedding ceremony.

Vigliotti hasn’t welcomed any child yet with his dashing wife to start a family. Speaking of his background, he was born on March 20, 1983, and raised in Mount Kisco, New York. He graduated with a Bachelor of Science degree in communications from Fordham University.

You May Like: The Net Worth and Career Details of Ben Tracy.