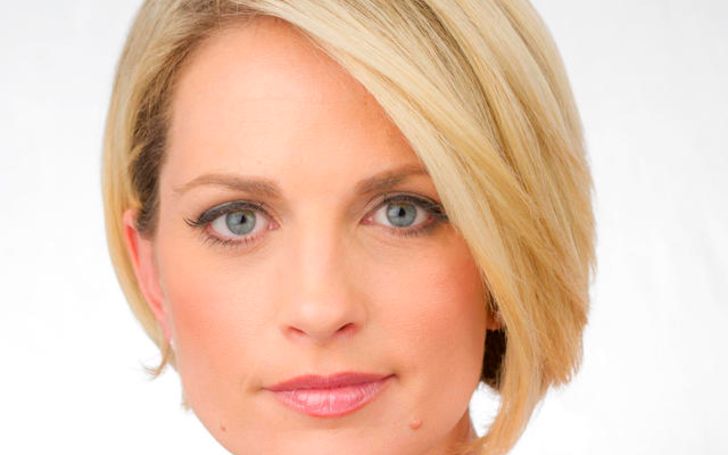 Jamie Yuccas can be best identified as the CBS news correspondent and a longtime servant in the field of journalism. According to her Linkedin profile, she is a dynamic, inquisitive, motivated, Emmy Award-winning television News Anchor and Reporter. Over the years, she covered major news events for both local and national television affiliates, which helped her to decorate her portfolio significantly. Today, we take you close to the net worth, career, and married life of the charismatic CBS News correspondent.

Working over seventeen years in journalism did help Jamie Yuccas amass significant fortune and fame. Talking about finances, Yuccas owns a staggering net worth of $500,000 as of June 2020. With age still by her favor, the day isn’t far when her bank balance will touch the $1 million mark, With her fattening career portfolio, many expect her to work in the anchor position with hit show ’60 Minutes.’

Yuccas became the CBS correspondent in 2015 and has been serving the position ever since. According to estimates, the inspiring diva earns around $102,548 per year, which happens to be the average salary of a correspondent in CBS. Consequently, with such a large bank account, Jamie enjoys a lavishing lifestyle where she travels to new places and explores new things whenever free.

Jamie Yuccas might have a stable job as a CBS News LA Bureau correspondent at the moment, but all the credit goes to her years of hardwork. Currently, she is responsible for covering the breaking news in the network. Furthermore, her work through NewsPath featured in several local CBS shows like CBS News This Morning, CBS Evening News, and CBSN.

Before joining CBS, Yuccas worked at WCCO-TV for four years. Between that time, she served as a morning anchor and a news anchor. Similarly, in the past, she also provided her services as a reporter and a producer to WBBH, KTTC/KXLT. In recent times, she covered some great stories like the measles outbreak in Portland and Jacob Wetterling’s murderer’s arrest.

While Jamie Yuccas reports about all the latest affairs around the Los Angels, she remains very private about her romantic and personal life. Unfortunately, she couldn’t hide the fact she suffered a divorce a few years ago and is currently single. Previously, Jamie Yuccas tied the knot with longtime lover John Sheehan in 2007. Although things looked great earlier on, they couldn’t sustain their relationship as they parted ways with a divorce agreement in 2017.

The Minnesota based journalist gives very little of her background and family life. As per her academics, she completed her BA in Journalism from the University of Minnesota – Twin Cities. Surprisingly, her talents and hardwork helped her to earn a four-year degree in just three. Besides all that, she is also a dog lover and pets one at her house.

Also See: The Net Worth, Personal Life and Career of Susan Zirinsky.

One thought on “Jamie Yuccas”