Rissi Palmer is a singer and songwriter who has long showcased her talents in raw form and without much publicity. Let's learn more about this celebrity's current relationship, net worth, and childhood. 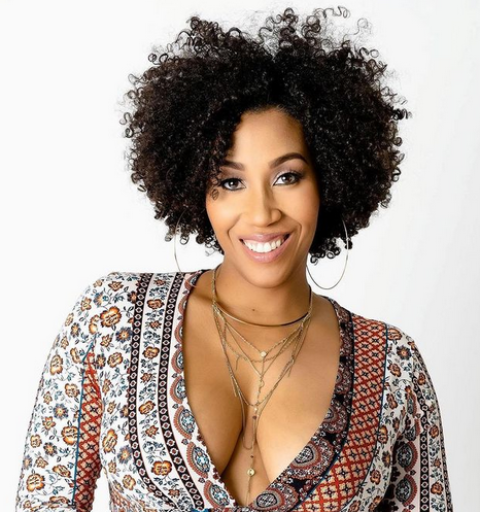 Rissi Palmer is a mother and a married woman. Bryan Stypmann is her husband. Bryan is a North Carolina native who has been working as the global account manager at NXP since 2015. There is no information from when the couple was dating. However, in terms of wedding details, they tied the knot on July 6, 2010.

The couple got married on the spur of the moment. Rissi proposed for the wedding, and they married on the same day. They are now the proud parents of two lovely daughters. Grace, their first daughter, was born on June 10, 2011. On June 4, 2019, they welcomed their second daughter, Nova.

Bryan’s career led the family to Durham, North Carolina, where they still reside today. The singer has discovered a vibrant artistic community in Durham, a city with a long history of blues, folk music, and social activism. She frequently updates her Instagram account with photos of her small family.

Net Worth and Career

Rissi Palmer is a country singer and songwriter from the United States. She has been working in her field since 2007 and is still doing so. She has so far released three albums. The now-40-year-old is one of only a few Black women to have charted on Billboard magazine’s country music charts and performed on the Grand Ole Opry.

Palmer made her singing debut with the single ‘Country Girl.’ Her very first song catapulted her to fame. It made her the first African-American woman since Dona Mason in 1987 to chart a country song. The song reached No. 54 on Billboard‘s Hot Country Songs chart. Later, the song was included as the lead single on her debut album, ‘Rissi Palmer.’ Another song on the debut album, ‘Hold On to Me,’ also charted at No. 59.

The now-40-year-old is also the host of ‘Color Me Country Radio with Rissi Palmer‘ on Apple Music Country. In addition, she is active on YouTube. Her YouTube channel, where she uploads her music videos, has over 2.5k subscribers. She also has a website where she posts articles about herself and information about her concerts and singing shows. The singer has not made her net worth public, but according to sources, it is estimated to be $900,000.

Rissi Palmer was born on August 19, 1981, in Sewickley, Pittsburgh, a Pennsylvania suburb. Until she was 12 years old, she lived there when her family moved to Eureka, Missouri, a St. Louis suburb. Her parents were Georgia natives. She was seven years old when her mother died. Her father had a strong interest in music. There is no further information available about her parents.

There is no information available about the songwriter’s educational background. She has had a passion for singing since she was a child. As a child, she was a member of Team 11, a Mickey Mouse Club-style local television sponsored group. When she was 16, she performed country music at the Arkansas State Fair.

Palmer spent many summers in Summerville, Georgia, visiting her great-grandmother as a child. Her grandmother was a huge influence on her, she says. One of the first places she heard country and R&B music was her grandmother’s house.

Rissi was offered a deal by Flyte Tyme Records when she was 19 years old, but she turned it down because she did not want to change her singing style from twangy country to a pop/soul hybrid. She then sang jingles for Barbie commercials, recorded music for the Dance Fever television show, and competed on Star Search, all while unsuccessfully attempting to land a Nashville recording contract for seven years.