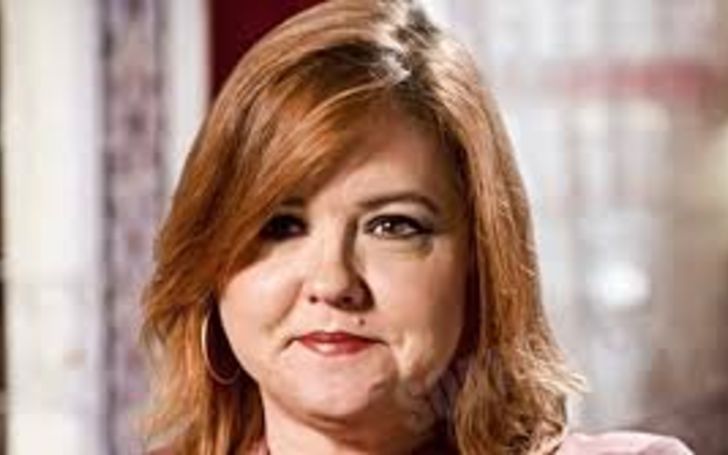 Rebecca Parrott is a reality show star. She acquired a massive fan following after she appeared on the TLC’s 90 Day Fiancé: Before the 90 Days Season 3. Although she got outstanding career records as a television personality, restaurant manager, and private investigator, she found it hard to settle down in her personal life. The reality show star faced tons of obstacles in her marriages. She recently tied the knot with her new partner; however, she was married to three other guys before him. Let’s learn more about her on this page.

Rebecca Parrott’s Net Worth as of 2020

Those who were desperate to learn about Rebecca Parrott’s net worth, sadly, we had to bring it down to you that she hasn’t shared any document to vouch for her finances. However, many reliable sites stated she holds an impressive net worth of $5 million as of 2020.

Indeed, Rebecca is a millionaire, and all credit goes to her successful career history. Her work as a reality show star might pay her well as she is one of the fan-favorite casts on that series. Further, besides reality shows, she also earns her living as a restaurant manager, and before that, she used to generate her greens as a private investigator. Thus, keeping that in our mind, we think it’s legit for her to be a millionaire.

Talking about Rebecca’s married life, we earlier mentioned that she was married to three different guys. Yes, you read it right three; unfortunately, she faced lots of trouble in her relationship.

90 Day Fiancé cast first tied the knot with her ex-husband, Taylor. With her first lover, she welcomed three children in her life, as per Stars Offline. Sadly, when she and her ex divorce, Rebecca lost the custody battle against her husband, and she had to pay child support.

Tiffany, who frequently shows up on the screen, is the youngest of the three. She is 22 years old in 2020. Unlike Tiffany, the media got nothing on Rebecca’s elder daughters. However, sources claim; currently, they are 25 and 28 years old.

After Parrott’s First Divorce, She Went Through Same Fate Twice

It’s so sad that Rebecca stumbled with the same fate twice after her first divorce. After legally separating from her first beau, she then walked down the aisle with her second husband, Seifart. But unfortunately, things didn’t work between them, and gradually they went a separate way.

Although Rebecca’s marriage died twice, she didn’t lose her fate and luckily found love again in the eye of her third lover, Belettar. Her third ex was a young Moroccan man. He was brought to the US after they tied the knot.

Sadly, things between Rebecca and Belettar fell apart after the latter came to the US. It is said that he soon became distant after he arrived in the US. Thus, their marriage dissolved as quickly as it was started.

With some bitter experiences, Rebecca moved on from her third marriage. She recently shared her vows with her boyfriend, Zied Hakimi, in April 2020. According to Cheat Sheet, the couple applied for a K-1 visa and now live together in Rebecca’s home state of Georgia.

Although Rebecca and her fourth spouse are happy together, many things began to start when they planned to be together. But before that, their relationship was judge by many; why? Well, first thing first, it was because of the age gap.

Rebecca’s new soul mate is twenty-two years younger than her. While she is in her late forties, her fourth beau Zied is only twenty-six years old. Due to this, it was pretty natural for people to have doubts. In addition to that, there were cultural differences between them, and furthermore, both of them are gay. In fact, Rebecca previously was in a same-sex relationship.

Click To Know: The net worth and personal life of Dark ‘s actress Lisa Vicari aka Martha.

Even the 48-year-old star showed some concern about living as a husband and wife with Zied. However, it wasn’t a big of a deal as her only concerns were how her husband would manage himself financially in the new environment.

Rebecca was worried about how they would support themselves, especially given the strict terms of the K-1 visa. According to the new policy, her new beau can’t work for several months until he gets his work permit. Furthermore, she also expresses that Zied got no idea how expensive it is to live in her country.

The newlywed duo now shares Rebecca’s house with her young daughter, Tiffany, and her husband. After knowing Zied, Tiffany even approved him for her mom, and the couple is pursuing their new part of their life as husband and wife.