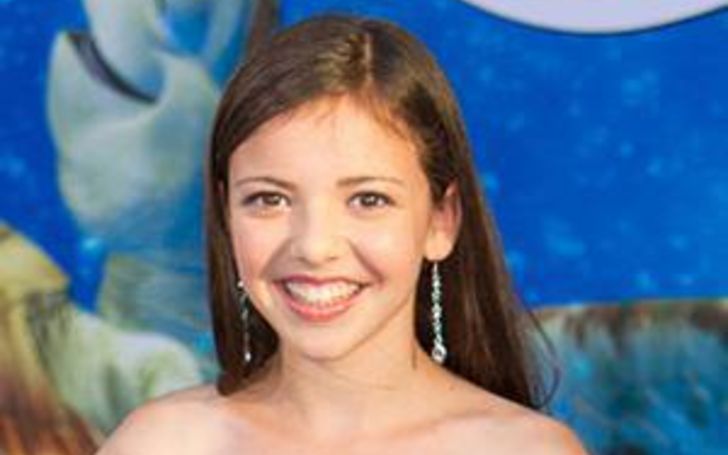 Kelly Gould is an American actor known for her roles in Rita Rocks, Blade of Glory, The Rebound, and 16 Love. The lady won many people’s hearts through her acting. But where is she now? Has she ever been in a romance? Find out all in the section below!

Kelly Gould does not appear to be in a lovey-dovey relationship with anyone and is possibly single right now. Furthermore, there has never been any rumors or news about her.

It has been a long time since the Lucky Louie star was last seen on camera. What’s more, she is also not active on social platforms.

After her decent success, she seems to have quit her acting career and now prefers to live a low-profile lifestyle. Well, whatever she is doing, hopefully, she is happy with her life! She is believed to be currently living with her family in Santa Clarita.

Among her on-screen performances, she is most famous for her role in Rita Rocks, in which she was one of the leading casting members. Likewise, she portrayed the character of Shannon Clemens and worked with Nicole Sullivan, Richard Ruccolo, Tish Campbell-Martin, Ian Gomez. The hit-sitcom aired two seasons and 40 episodes in Lifetime.

On the big screen, she is best known for her character Rachel in the Disney Channel Original Den Brother. The movie starred Hutch Dano, G Haannelius, Vicki Lewis, Kelsey Chow, and David Lambert.

Kelly Gould was born as Kelly Vicotria Gould on August 04, 1999, in Los Angeles, California, United States. Her mother is Valerie Gould, an acting teacher and father is Tom Gould, an importing consultant.

The starlet has two older siblings. Her family is Jewish.

You May Also Like To Read: Actor And Model Nick Hargrove’s Personal Life, Net Worth, And Career!

Gould’s acting career began when she was only three weeks old in a birthing scene. At six weeks old, she played the baby in a movie about American rock duo, Sonny & Cher. During 2012-2013, she appeared in three episodes of sitcom Jessie.

The 20-year-old lady is also an environmentalist and actively participates in United Synagogue Youth activities and works.

If you wish to read more similar celebrity articles, be sure to check out Featured Biography!