Phil Mickelson, an American golfer, has won more than 40 PGA tournaments, including the 2004 Masters, his first of five major titles. Keep scrolling down to know more about him. 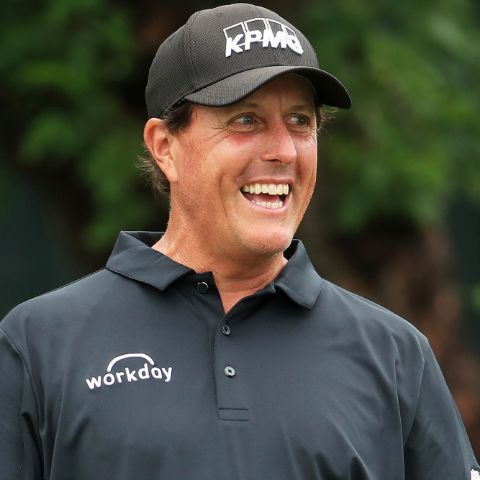 Phil Mickelson, with a net worth of $400 million, is an American professional golfer. He has earned over $800 million in his professional career. Phil has made between $80 and $100 million in some years. In recent years, he has made between $40 and $50 million, the majority of which comes from endorsements. Phil has earned over $90 million in tournament money alone as of this writing. Only Tiger Woods has a higher ranking than him. He is a tremendously successful golfer and is one of only a few players in golf history to have won three of the four majors.

They put it on the market in 2008 for $12.2 million. In January 2015, they agreed to accept $5.725 million. Phil paid an undisclosed sum in January 2020 for an undeveloped lot in Jupiter, Florida. Tiger Woods and Michael Jordan will be among his neighbors.

Mickelson is the second-highest paid golfer in history, with $87 million in tournament winnings, trailing only Tiger Woods, who has $110 million. Until 2015, he was the third-highest earner in tournaments, following only Vijay Singh ($70 million). KPMG, ExxonMobil, Titleist, Ford, Enbrel, Callaway, Amgen, Grayhawk, Rolex, and Intrepid Financial Partners are among Mickelson’s biggest sponsors. He began endorsing the drug Enbrel after being treated for psoriatic arthritis with it in 2010.

The player had a 15-year endorsement deal with Barclays that ended in 2016. Around the same time, he was named a “relief defendant” in an insider trading case by the Securities and Exchange Commission. He hasn’t been charged with anything. Phil earned $40 million in salary and endorsements between June 2017 and June 2018. In June 2018 and June 2019, he earned around $50 million. That includes the $9 million he won in a head-to-head match against Tiger Woods.

Phil Mickelson received a full golf scholarship to Arizona State University and was immediately successful in collegiate competition. He won three NCAA individual championships and three Haskins Awards for Outstanding College Golfer of the Year in 1990, 1991, and 1992. Mickelson won 16 tournaments during his collegiate career, and he was only the second collegiate golfer to earn first-team All-American honors four years in a row. In June 1992, he received his bachelor’s degree.

On and off the golf course, Phil has had a lot of success. While still an amateur, he won his first PGA Tour event, the Northern Telecom Open, in 1991. Because of his 1991 Tucson victory, he was able to skip the PGA tour’s qualifying process and turn pro shortly after graduation. He had 17 top-ten finishes and six second- or third-place finishes between 1999 and 2003, despite not winning any of the majors. In 2004, during his thirteenth year on the PGA tour, he won his first major championship.

The athlete had two sports hernia surgeries in 2016, but he recovered quickly and triumphed with a T-21 finish at the CareerBuilder Challenge in 2017. He won the AT&T Pebble Beach Pro-Am in 2019, which was his 44th PGA Tour victory. With 48 years on the clock, he became the event’s oldest winner. He announced in December 2019 that he would skip the Waste Management Phoenix Open for the first time since 1989 to compete in the Saudi International golf tournament. He finished third in the Saudi Arabian event in February 2020.

During Mickelson’s career, he has won over 40 PGA events, including four Major Championships: the 2004 Masters, 2005 PGA Championship, 2006 Masters, and 2010 Masters. He is now one of the best and most well-known professional golfers on the planet.

Philip Alfred Mickelson was born on June 16, 1970, in San Diego, California. His father, Phil Mickelson Sr., was a former naval aviator and airline pilot. He was born and raised in the cities of San Diego and Scottsdale, Arizona. Mickelson picked up golf from his father and adopted his style. This is why, despite being right-handed in everyday life, he swings left-handed. He graduated from University of San Diego High School in 1988.

Now we’ll look at his relationship detail. Mickelson married Amy McBride, an ASU alumna and NBA cheerleader for the Phoenix Suns, in 1996. Amanda, Sophia, and Evan were the couple’s three children. Philip’s wife was diagnosed with breast cancer in 2009, but she made a full recovery in time to watch Mickelson win the 2010 Masters. As soon as there is an update on this topic, more information will be provided.