Skip to content
Home » Entertainment » Witcher Actor Royce Pierreson Love Life, Does He Have A Wife?

Witcher Actor Royce Pierreson Love Life, Does He Have A Wife? 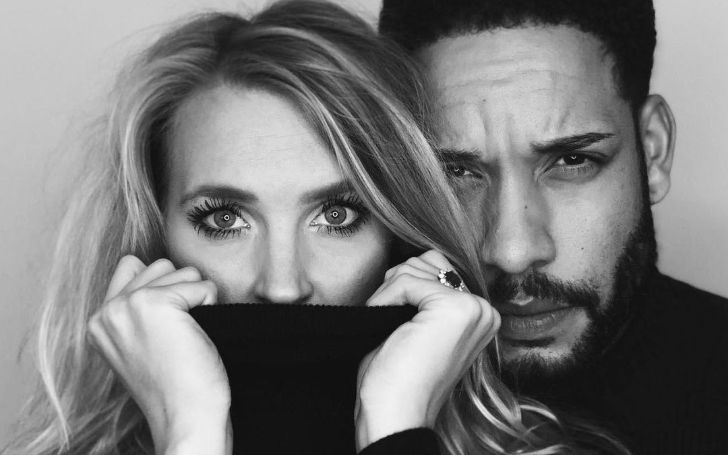 Royce Pierreson, a famous British actor from Saltash, Cornwall, England, was born on April 1, 1989. The actor is well-known for his work in television and film, but he rose to popularity with his supporting role as Istredd in ‘The Witcher.’ He was only in ‘The Witcher‘ for a short time as ‘Istredd,’ yet his performance left a lasting impression on his biggest fans while also attracting new ones.

But it’s possible that his most outstanding achievement was the 2014 film ‘Murdered by My Boyfriend,’ for which Georgina Campbell [His Dark Materials] won the ‘British Academy Television Award’ for Best Actress. Royce seems to be just as romantic in the movies and as well as in real life. Let’s know about his love life.

Royce Pierreson’s Relationship Status. Who is His Girlfriend?

Royce Pierreson is entirely private about his personal life. Although the young actor keeps his details in the dark, he occasionally posts images with a lovely Swedish female, which could be a means for him to show his fans that he is in a serious relationship.

If you’re wondering who the lovely lady with Royce is, then let us introduce you to Natalie Herron. She is the one and only beauty who has captured our young actor’s heart. Our rising star was seen multiple times with Natalie at various gatherings. On the red carpet for the film Judy, she was seen with her partner, Pierreson.

Royce said in March 2019 that his girlfriend Natalie had a crush on him. Because she constantly mentions Sweden and the times they spent together in Stockholm, we could figure out that the lucky girlfriend appears to be Swedish.

Pierreson’s red carpet appearances were also lonely before Herron entered his life. She’s now attended all of his red-carpet premieres and red-carpet dinners. At the press night performance of ‘Dark Sublime‘ at Trafalgar Studios in London on July 1, 2019, they walked the red carpet together for the first time since they started dating.

The partners on the red carpet have been quite busy since September 2019. The two attended the UK premiere of ‘Top Boy’ at the Hackney Picturehouse in London on September 4, 2019. His girlfriend also joined him at the European premiere of ‘Judy .’ He appears as ‘Burt Rhodes,’ at The Curzon Mayfair in London on the last day of the month, and they stayed together at the after-party at JW Marriott Grosvenor House London.

On November 7, 2019, the couple attended the BAFTA Breakthrough Brits event at Banqueting House in London, England. Netflix was a sponsor of the event. They also participated in the World Premiere of ‘The Witcher‘ at The Vue in London in mid-December.