Amy Mickelson is an American actress who is well-known as the wife of a professional golfer, Phil Mickelson. She was featured in the movie Sunset. Let's known about their married life, net worth, and personal life. 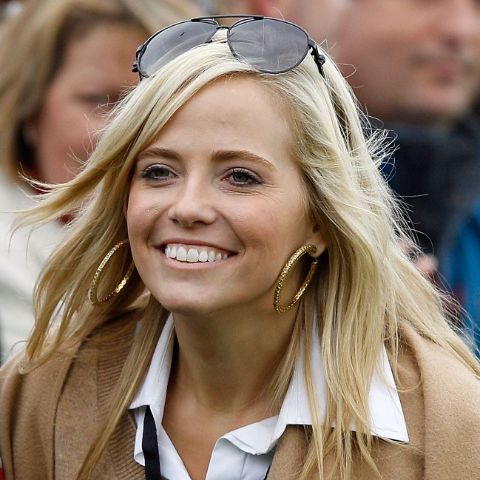 Amy Mickelson is an actress who played Alfie’s first wife in the film Sunset, which was released in 1998. As a former NBA Phoenix Suns cheerleader, she has always been in the spotlight. However, her spectacular climb to stardom came after her marriage to Phil Mickelson, an American multi-award-winning professional golfer. He has won every major golf championship sponsored by numerous top brands, including Callaway Golf, Ford, and Rolex.

Talking about her wealth, Amy hasn’t shared anything about her financial details. On the other hand, According to celebrity net worth, her husband, Mickelson, has a net worth of $400 million as of 2021. He is one of golf’s wealthiest players. His total career prize money of $91 million is second only to Tiger Woods among golfers. In 2020, he signed sponsorship arrangements with Amstel Light and Melin, a hat company.

Following her breast cancer recovery, Amy and her husband co-founded The Phil and Amy Mickelson Foundation, which helps families, youths, and breast cancer research. Their charity has donated $100,000 to the victims of Hurricane Harvey in Houston, Texas.

During her junior year at Arizona State University, Amy met Phil when she was a member of the Phoenix Suns Cheerleading squad, and he was a senior. According to Amy, when Phil told her he is a golf pro, she mistook him for someone who works at the golf course’s pro shop. Their first date was fantastic since they played tennis together, and their second date took place at a Pro-Am golf tournament in Palm Springs, California, and the rest is history.

Amy and Phil were married on November 16, 1996, after dating for four years. On June 21, 1999, they gave birth to their first child, Amanda Brynn. Sophia Isabel, their second child, was born on October 23, 2001. Amy gave birth to their son, Evan Samuel, on March 23, 2003. While giving birth to Evan, Amy experienced a near-death experience. As a result, the baby’s respiration had stopped. Nonetheless, Amy and Evan were saved because of the physicians’ and nurses’ swift and immediate actions. They were, however, both in a critical condition for a time following the birth.

In addition, her devoted spouse skipped the 2017 US Open to attend his first daughter’s high school graduation in June 2019 since he has always prioritized his family over all else. They are currently living a joyful and affluent life.

Amy Mickelson (born Amy McBride) was born in the United States of America in the year 1972. Her precise date and month of birth and the identities of her parents and siblings are unknown. She hasn’t kept her personal information hidden. In addition, Amy belongs to the white Caucasian ethnic group and is an American citizen.

The 49-year-old is a graduate of the prominent Arizona State University in terms of her academic achievements. However, all the details of her high school remain unknown.