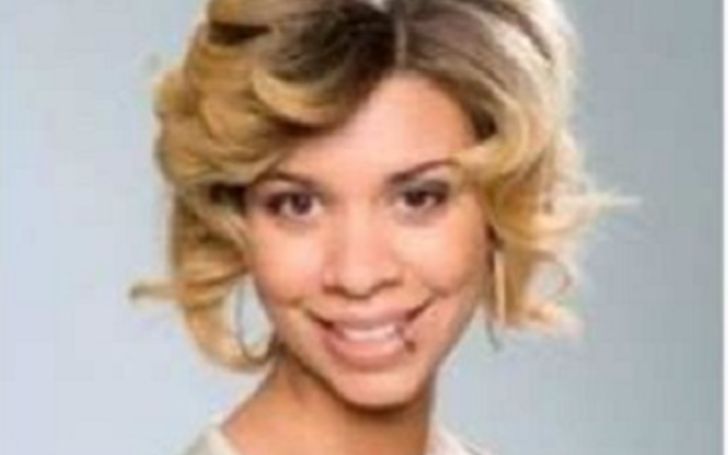 Naomi Burton-Crews is the celebrity child of American artist, comedian, actor, and former professional football player, Terry Crews. He’s famously known for his all-time hit movies like White Chicks, Friday After Next, Idiocracy, Blended, Expendables, and many more. One of his recent works includes hosting America’s Got Talent show on NBC Network. Besides being a formidable actor, he’s also a family man, so without further ado, let’s move right in to know more about his daughter Naomi Burton-Crews.

Although Naomi Burton-Crews is not the biological daughter of Terry Crews, she shares the family wealth with her mother, Rebecca Burton Crews. Her stepfather makes sure that all of her needs are attended and that she’s brought up with all the love and care.

As of now, Naomi is yet to share the exact number of her net worth collection in the media due to privacy concerns; however, we do know that her father has earned quite the net collection for himself. As of 2020, according to Sports Keeda, he is the proud owner of a staggering wealth of $20 million.

You may also like:  All About American YouTuber Rykell Bennett

Her parents are known to collect luxurious cars like Cadillac, Mercedes Benz, Mercedes Benz Blue, Toyota SUV, and Toyota 4Runner SR5 with their wealth. Naomi was also a part of the reality show known as The Family Crews, produced by Terry Crews and Strange Fruit Media.

Naomi Burton-Crews became a television figure by starring along with her parents in the BET reality show, The Family Crew from 2010 to 2011. The show featured the family life full of adventures of the Crews.

As for her siblings, Terry’s elder daughter grew up in the company of her younger siblings, Azriel, Wynfrey, Tera, and Isiah. Even though they are stepbrothers and sisters their bond is like nothing else out there, which could also be seen from their TV show. Her mother Rebecca recently underwent a double mastectomy after she got diagnosed with breast cancer. The current situation is stable and the family is together in their house in Pasadena, California.

A Little More About Naomi Burton-Crews

Naomi Burton-Crews was born on 1989 in the United States of America to her parents Rebecca Burton Crew and Charles Burton. She was born from her mother’s previous marriage which was before Terry Crews came into the picture. Apparently, Rebecca was just 21-years-old and a junior in college when she gave birth to her elder daughter.

The 31-year-old is herself in a committed relationship. Although she is yet to disclose the name of her father, she is the proud mother of her daughter Miley Crews. It is also said that she is a single mother and raises her child on her own.

Hope you enjoyed the read, follow Featured Biography for more!