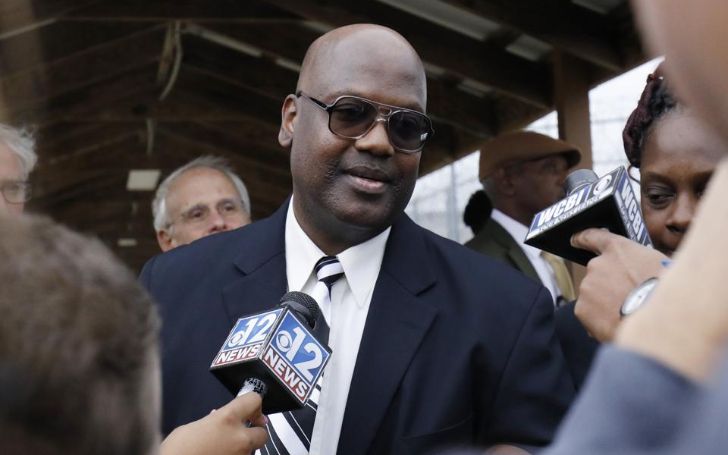 Curtis Giovanni Flowers is an infamous American man who spent more than two decades behind the bars for six trials, four death sentences, and months of house arrests, none of which were proved. He was tried for murder a total of six times in the U.S state of Mississippi. His case was one of the most followed cases that garnered national attention. So, let us get to know more about him in the article below.

Curtis Flower has been tried six times for the death by shooting of four people in a Tardy furniture store back in 1996. The bodies of the four people were found by Sam Jones, an employee of the store. All of them were shot in the back of their head, execution-style while the money was also stolen from the register of the store.

It was said that Curtis was a previous employee of the furniture store and he was fired due to a mishap at work. The crime at the store had no witness at that time due to which the case was unsolved for months but later on, police charged Flowers with the murder. He was convicted and sentenced to death immediately in 1997, 1999, and 2004 where each of the cases was overturned by the Mississippi Supreme Court.

You may also like: All About American YouTuber Rykell Bennett

There was still no evidence that could prove Curtis of the charge, although later on higher courts found the evidence of misconduct and racial discrimination against him. He was tried again in 2007 and 2008 where the conclusion was hanging to death.

However, in 2020, the state finally declined to prosecute him for the seventh time and they officially dropped all of the charges against him. The attorney general mentioned that it would be impossible to find any evidence to support the case years after the murder.

Curtis Flowers is the son of his parents Archie Flowers and wife Lola Flowers. His mother Lola passed away in 2018 at the age of 70 due to complications in surgery. Growing up, Curtis shared his bond with siblings Archie Jr, Priscilla, Charita, Cora, and Angela.

As for Flowers’ personal life, he was highly interested in music and was even the lead singer in his Father’s traveling gospel group where they would perform in different churches from time to time.

Before the murder, Curtis was in a living relationship with his girlfriend Winona, and her kids. The couple lived just about two blocks away from his parent’s house. After the murder, he moved to Texas, Plano to live with his sister.

That’s all for now, hope you enjoyed the read. Follow Featured Biography for more of these!