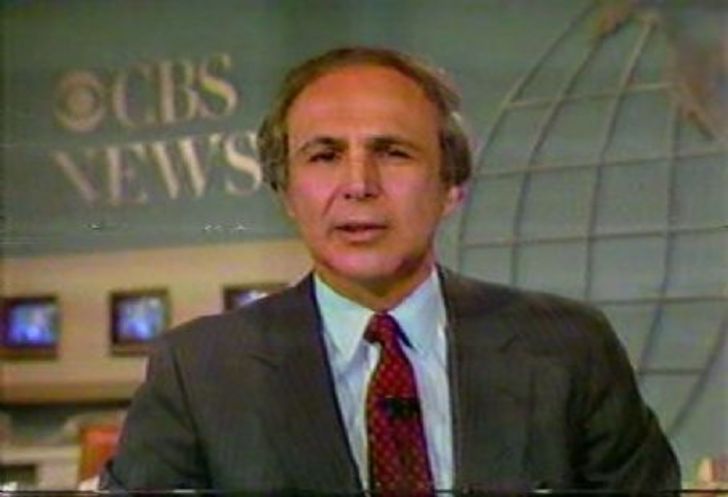 If you follow the American television and radio industry, then you might be familiar with Morton Dean, a longtime contributor, and correspondent. Journalism might be challenging for many, considering the pressure and responsibility that comes with it, but the 84-year-old is someone who makes it look like a cakewalk. In fact, his introduction would be quite incomplete without mentioning that he is a former weekend news anchor for CBS Evening News and ABC’s Good Morning America. With over six decades of active work as a news anchor, he not just amassed a colossal net worth but also got accustomed to global prominence. So, today we take you close to the personal life, net worth, and career of Morton Dean.

Talking about the net worth details of Morton Dean, he has nothing to worry about considering his career in journalism that lasted over sixty years. Thanks to such a prolonged career, he enjoys a whopping net worth of $2 million as of June 2020. With such a large bank balance, Dean enjoys a lavishing lifestyle around all sorts of modern-day amenities in his mid-eighties.

According to estimates, Morton Dean earns more than $87,153 per year, which is the average salary of a ABC News anchor and reporter. The veteran might no longer be active as he might be during his peak period, but he still has a lot of things to keep himself occupied. The former CBS News correspondent is also a book author which helps him add a significant sum of money to his bank balance.

Morton Dean remains quite popular in the media industry from his journeys throughout top networks like CBS and ABC. Initially, he began his career as a reporter in 1957 and later at WVIP at Westchester County, New York. Later, he also became the program director of WVOX New Rochelle, before reporting for WBZ in Boston.

Dean’s career took a big surge when he joined CBS network in 1967 and covered the U.S. space program and the Vietnam War. During his tenure at the network, he served as the anchor and news correspondent for CBS Evening News from 1976 to 1984. Furthermore, he also reported on the Iran hostage crisis, Space Shuttle Columbia missions, and the Salvadoran Civil War. He joined ABC News as a correspondent in September 1988 and reported for ‘ABC World News Tonight’ and ‘Nightline.’ Amidst all that, he also filled in for Larry King in the Larry Kind Show and anchored the Independent Network News.

Related: The Net Worth and Career Details of Rachel Maddow.

While he anchored the ABC’s ‘Good Morning America’ for almost a decade, he narrated and hosted several documentaries for The History Channel and A&E. Besides, he started writing as a freelance writer and even authored two books to the current date. Kudos to his impressive reporting over the years, he bagged numerous awards, such as a National Emmy Award and an Overseas Press Club Award.

While Morton Dean is quite vocal about her professional endeavors, his personal life is quite secretive. Unfortunately, the 84-year-old never disclosed anything about his romantic life on whether he is married or dating anyone. However, we know that he is the father of three children, two daughters, and a son named Sarah, Jennie, and Adam. Since her children are quite adults already, he also had the privilege to become a grandfather to three grandchildren. He divides his time across his several houses in Ridgefield, Connecticut, and Massachusetts.

Talking about the background of Morton Dean, he was born on August 22, 1935, in Fall River, Massachusetts. He was born to parents Joseph Dubitsky and Celia Dubitsky. Similarly, he attended B.M.C. Durfee High School in Fall River. Moreover, he acquired his bachelor’s degree in English from Emerson College in Boston in 1957. Likewise, the veteran received his doctor of law, an honorary degree in 1977.

Also See: Grab the Net Worth and Personal Life Details of Kenny Mayne.